MOSCOW, February 3. The candidacy of Alexei Dyumin for the appointment of the acting Governor of the Tula region Russian President Vladimir Putin invited defense Minister Sergei Shoigu. About it has informed journalists the high-ranking source in the presidential administration. 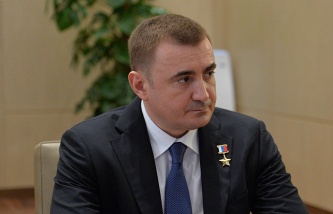 “This candidate to the President of Russia proposed to the Minister of defence Sergei Shoigu. While working in a variety of areas, including in the Ministry of defence, Dyumin quickly delved into the matter at new areas of work, including those relating to the state defense order. Special attention was paid to the prudence of an expenditure of budgetary funds”, – said the source.

Dyumin previously served as Deputy Minister of defense of the Russian Federation.

On Tuesday the President of Russia accepted the resignation of the Governor of the Tula region Vladimir Gruzdev, who headed the region since 2011, and requested Dyumin before the election to perform the duties of the head of the region. Gubernatorial elections will be held in September 2016.