The project “Northern stream-2″ is a project of common interest, which increases the level of energy security in Europe, and it’s a win-win situation for all participants”, stated the Minister of economic development Alexei Ulyukayev. 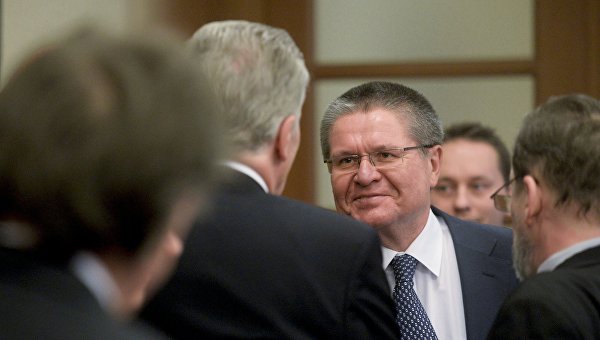 MOSCOW, 3 Feb. The construction of the pipeline “Nord stream-2” is beneficial both for Russia and for Europe, Russia and Austria discussed the issues of its implementation and agreed to support its implementation, has declared to journalists the Minister of economic development Alexei Ulyukayev following the meeting with the Vice-Chancellor, Minister of science, research and economy of Austria Reinhold mitterlehner a, which was also attended by representatives of Austrian business.

“We touched upon this topic, because the meeting was attended by the head of the Austrian gas company (OMV — ed.) that is a participant of the project “Northern stream-2″, today we discussed the problems, agreed how we will work together to promote this project, which of course is a project of common interest, which increases the level of energy security in Europe, and it’s a win-win situation for all participants”, — said Ulyukayev.

The head of the Austrian oil and gas company OMV Rainer Seele in mid-January stated that the project “Northern stream-2” requires greater support in Europe, currently there are a lot of misunderstandings with the European Commission.

Federal Antimonopoly authority of Germany (by the Bundeskartellamt) in December 2015, has approved the establishment of a joint venture “Northern stream-2”, the decision was made on December 18. Before that, Lithuania, Latvia, Estonia, Poland, Hungary, Romania and Slovakia have sent to Brussels a joint letter criticizing the construction of the “Nord stream-2”. According to these countries, the pipeline project may increase Europe’s dependence on gas from Russia, severely undermine the energy security of countries of Central Europe and the EU as a whole, lead to further destabilization of the situation in Ukraine.