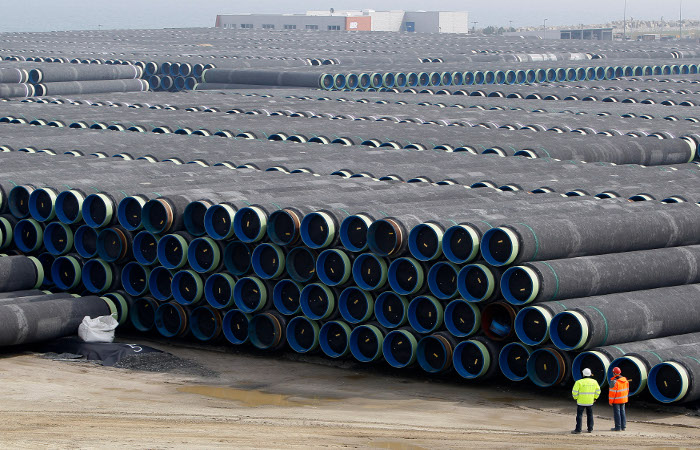 He also said that “the question of the exchange of assets (OMV and Gazprom) concerns the relationship between enterprises and these issues should be addressed primarily to the management of the respective companies”.

According to Gazprom, at a meeting of the Austrian official with the head of the company Alexei Miller and “the parties discussed the importance of the construction of the gas pipeline “Nord stream 2″ to meet the growing demand for Russian gas in the future.”

“Marked by continued growth of exports to Austria of Russian gas. According to preliminary data, in January 2016, “Gazprom” has exported to the Austrian market at 76.2% more gas than in the same period of 2015. In 2015 the volume of gas supplies compared with 2014 increased by 11.5%,” says Gazprom.

UGS “Hyde” is a joint project of PJSC “Gazprom” (the Russian company owns 66.7% of capacity), the Austrian company RAG and the German company Wingas. The main purpose of “Haidach” – to ensure the reliability of Russian gas export towards the Baumgarten paragraph, as well as to consumers in Slovenia, Croatia, Hungary, Austria, Germany, Slovakia and Italy. The operator of UGS is a company RAG.

In September 2015, Gazprom, BASF, E. ON, Engie, Shell and OMV signed the shareholders agreement for the establishment of the gas pipeline system “Northern stream 2” with a capacity of 55 billion cubic meters of gas per year from Russia to Germany under the Baltic sea.