MOSCOW, February 3. State Duma deputies are ready to support the treatment of members of the Russian media in an international organization in connection with the introduction of visas for them by the Turkish authorities. This was stated by Vice-speaker Nikolai Levichev (“Fair Russia”). 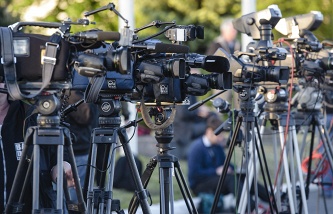 “The journalistic community of Russia should apply to the European Federation of journalists and other international organization that defends freedom of expression and the rights of media workers. We in the State Duma are ready to support such treatment,” – said Levichev, quoted by the press service of the party.

According to spywares, the introduction of visas for Russian journalists was “just a confirmation of the effectiveness of our media in Turkey.” According to the politician, the statement of the representatives of Ankara that journalist is a response to the introduction by Russia of visa regime – “a blatant lie”. “Retaliatory measure would be the introduction for all Russian citizens,” – said Levichev.

Embassy of Turkey in Moscow has informed that February 15 for Russian journalists arriving to the Republic introduced a visa regime. At the present time the representatives of Russian mass media for short-term trips to Turkey do not need visas. When you are in the country they need to get temporary accreditation at the Main Department of press and information. According to the current rules, the visa for journalists is only necessary for permanent accreditation.

In December 2015, Ankara has introduced to the Russian journalists the new rules of obtaining work permits in the country, which now must be submitted to the Turkish Embassy in the Russian Federation the letter from the leadership of the media stating the purpose of visit, places and dates, and the names of those who will be taken an interview.

Russia from January 1, 2016 has suspended the visa-free regime for Turkish citizens. The decision was taken after 24 November 2015 Turkish military aircraft shot down a Russian aircraft su-24, carrying out tasks during anti-terrorist operations over Syria.