The company “Gazprom Neft” in the current year plans to carry out the construction point on those places that are already planned and should be introduced, explained the Director of regional sales Alexander Krylov. 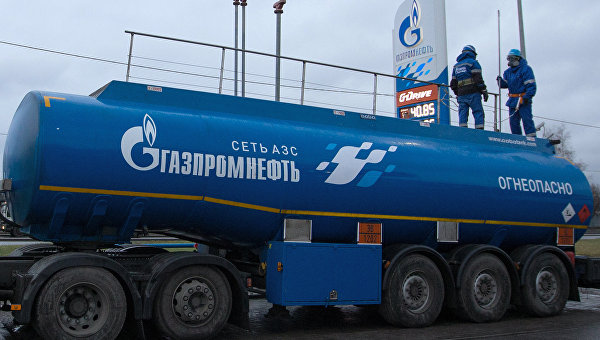 MOSCOW, 3 Feb. “Gazprom Neft” has no plans in 2016 large purchases of petrol stations (gas station) in Russia and the CIS, said the Director of regional sales Alexander Krylov.

“As you know, … investment program is very much curtailed due to the fact that we, unfortunately, can’t bring in the volume like I want, cash. So we are now working more, I would say, on efficiency than on expansion,” said Krylov, answering a question on plans “Gazprom oil” on purchases gas stations in 2016 in Russia and the CIS.

“This year no major acquisitions will not be a point of purchase, point construction on those places that are already scheduled and must be entered”, — he added.

The network of filling stations “Gazprom Neft” by the end of September in Russia consisted of 1159 stations in the CIS — 247 of 422 stations and station in Eastern Europe, says the company.

The investment program of “Gazprom oil” in 2016 will amount to 362 billion rubles, which is 5,5% more than in 2015, said the company in December. The main part of the investment programme will be spent, including, on the largest mining projects — the launch of the Novoportovskoye and Messoyakha fields, the peak of investments which account in 2016-2017.