MOSCOW, 4 February. The automakers failed to achieve a delay in mandatory implementation of machine systems for emergency response in case of accidents ERA-GLONASS by 2017.

The Ministry of industry and trade of the Russian Federation insists on changes in the technical regulations and proposes to introduce 2017 a complete ban on the circulation of vehicles not equipped with a system of ERA-GLONASS, writes “Kommersant”, referring to the minutes of the meeting at the Ministry on 19 January. 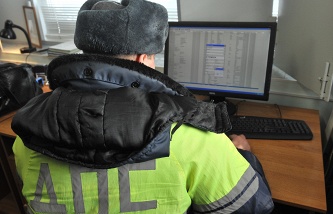 Technical regulations on the safety of transport means and so obliges to equip 2017 ERA-GLONASS product imported or produced in the RF machine. But automakers still have the option not to implement it until 2020 on some models, since the newly received and updated approval of a vehicle type (vehicle type approval) is valid for three years. Thus, according to Rosstandart, 2015 received the new TMTA or extended his KAMAZ, Kia, Hyundai, Lifan, Renault, Mitsubishi, Porsche and many other manufacturers. But if the proposal of the Ministry of industry and trade will be approved, without exception, all OEMs will lose the deferment of the implementation of ERA-GLONASS.

Most of the interviewed car manufacturers assure that they are actively working on the implementation of the system throughout the model range. But today the system is equipped with only the new models recently released onto the market, as well as transport for the carriage of passengers. In any case, more than 90% of cars now sold in Russia without the ERA-GLONASS.

The government has allocated more than 331 million rubles for the development of the system “ERA-GLONASS” in 2016.

The Ministry of health of the Russian Federation: almost 20 thousand ambulances equipped by devices GLONASS

Company: LADA Vesta will become the first machine in Russia, running on the system “ERA-GLONASS”

As the newspaper notes, the relevant agencies don’t have a consolidated position on the question of imposing a complete ban on circulation of cars without the ERA-GLONASS. Informed that I propose to approach this gently. The Agency prepared an appeal to the government, which are possible consequences of a total system implementation.