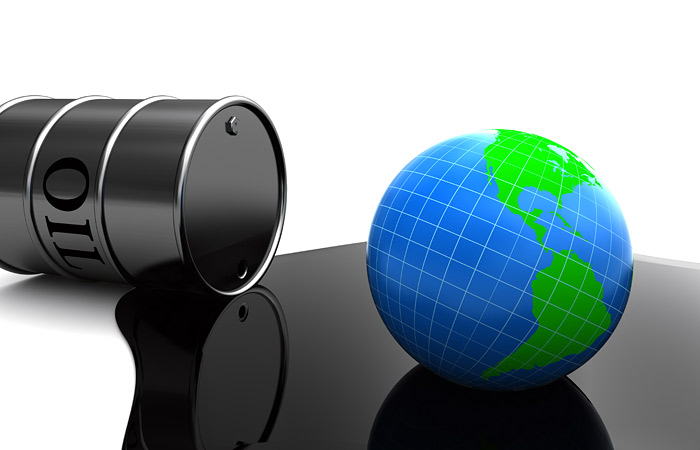 Moscow. On 3 February. The Golden rule in the market of oil and gas assets, “buy when oil is cheap, sell when expensive”, it didn’t work in Russia at least twice. Began active discussions about the privatization of Russian oil assets for the oil price to $30-40 per barrel, as well as its restrictive conditions raise doubts of experts in its feasibility.

Sibneft was sold to Gazprom in 2005, when the price of oil had an upward trend and has fluctuated at levels around $50 per barrel. Almost at the peak oil prices of $115 per barrel, Rosneft bought private TNK-BP. Bashneft and the assets of Yukos returned to the state ownership out of touch with the environment as a result of court decisions.

In 2016, when the price of oil unexpectedly for all participants returned to the levels of 2004 – $30 per barrel, unprepared for such events, the Russian budget was in a deplorable condition. Last year the state had a little eat off the oilers so-called “devaluation” in that they were able to convince the government to leave them alone, successfully losing the old song about the goose that lays the Golden eggs.

Throughout 2015, the government expected that prices here will rise to at least $70-80, and “market window” for sale long prepared for it “Rosneft” will open, but the opposite happened – the prices have plummeted even lower.

At the end of the year, the head of Rosimushchestvo Olga Dergunova said that the decisions on the privatization of specific assets will be taken depending on the status of the budget. A little over a month, and the privatization issue has been put to the meeting to President Vladimir Putin.

Putin announced the terms of the proposed privatization of experts have given new food for thought. The President said: “the New owners of privatized assets should be in Russian jurisdiction”. Putin stressed that grey schemes, the withdrawal of assets to offshore accounts, concealment of owners of shares is unacceptable. “We have been talking about deofshorizatsii, and in these circumstances, to go to the new privatization, allowing further offshoring of the Russian economy, is wrong,” said the head of state. In addition, potential participants of privatization should not obtain loans for purchases in state-owned banks – before, this restriction no one spoke, and technically not so easy to track it compliance (the mass of the largest companies in Russia there are active lines of credit from state-owned banks, which they can choose at any time, often without formal privatization).

However, while the market is not fully believed what key assets in the Energy industry really will be sold. “The situation with the Russian budget is difficult, but not critical. This is not the time to sell “the family silver” – said the source in one of the major banks.

All market participants recognized the undervalued Russian oil and gas companies in comparison with world, low oil prices and Western sanctions have lowered their capitalization to the lowest values. So, according to the observations of experts, the oil has periodically traded on foreign exchanges cheaper milk.

You can compare the price of “Gazprom” – the world’s largest mining company and gas reserves, having the most developed gas transportation network in the world, with the Italian company Snam engaged in the distribution in miniature compared to Russia Italy. For it is one of the oil experts jokingly called Snam “Napoleonism”, comparing with one of the “gases” used in a huge number owns “Gazprom” in Russia.

For comparison, Snam owns a network of pipelines, twice as less in power and extent, than “Gazprom”, and small regasification terminal. Today’s market value Snam – about 17 billion euros, or about $20 billion, Gazprom is worth only twice as expensive – about $40 billion Current capitalization of “Bashneft” – about 300 billion rubles, “Rosneft” – about $36 billion.

At such prices, the interest in privatization of the Russian fuel and Energy complex may be, of course, is high, analysts say. Question – who’s got the money in the country subject to the prohibition on raising funds in state banks?

Who’s on first, second and compote?

Analysts polled by Interfax notes that the key difference from the previous unsuccessful privatization plans prepared in 2010-2011, the urgency of filling the budget. Time is short: 1-2 years (vs. 3-5 in previous years) and the expected income is equivalent to 30-50% of the budget deficit (compared to 10-15% previously).

At the same time, the list of assets for sale became shorter – only 7 instead of 20, most of which, except for JSC “RZD” and JSC “Sovcomflot”, already publicly traded, which technically simplifies the process of valuation and sale. This increases the likelihood that the plan will indeed be implemented and the authorities for some time will be able to avoid tough decisions on government spending and taxation, analysts say.

The first candidate for sale, says a senior analyst at UBS Maxim Moshkov, will be “Rosneft” and “Bashneft”. Both companies possible to sell to foreign investors because it most likely is about the sale of existing shares. Due to the sectoral sanctions, foreign investors are not allowed to buy newly issued shares, because it is considered a long-term funding.

According to the analyst, taking into account the current ocenennoy companies and waiting for the recovery of oil prices the interest in privatization can be high. In this case, he said, to sell shares of “Bashneft” will be easier because the company has a comfortable debt load, increasing production and upgraded oil refinery.

According to analysts of “VTB Capital”, the conditions indicated by the country’s leadership, in combination with the current conditions in the stock market, most likely, will leave quite a lot of candidates for the privatization outside the perimeter of 2016.

In “alpha Bank” consider that the number of potential buyers in the implementation of the privatization plan will be limited.

Analysts at ING think that the restrictions put in doubt the stated purpose of the proceeds from the sale of 1 trillion rubles for 2 years.

In principle, Moshkov believes that the state’s desire to keep the oil assets in the perimeter of the country is clear. “Most likely, buyers of assets will become a major Russian banks”, – said the analyst.

According to Andrey Polishchuk from Raiffesein Bank, in principle, any company will be able to participate in the privatization, including foreign. And for Russian oligarchs – this is a chance to “deisolate” their capital. “For example, Mikhail Fridman could “return to TNK-BP”, buying shares of “Rosneft”, – he noted.

Also substantial funds are on balance of the company: the company Vladimir Bogdanov could buy shares of “Rosneft” or “Bashneft”. In addition, Rosneft may be interested in the Chinese company, “Bashneft” – Chinese and Indian, said Andrei Polishchuk.

“In any case, the question in the selling price. If you sell shares at the current prices, we expect significant interest from potential buyers. However, on the part of Rosneft, which has a strong lobby, will certainly be resistance to sell at such prices”, – said the expert. Earlier, the head of “Rosneft” Igor Sechin has repeatedly stated that it sees no reason to sell shares of “Rosneft” below the price of IPO or sale transaction of the shares of BP – $8 per share. Today’s quote “Rosneft” – $3,38 per share.

Raiffesein analyst also doesn’t believe in the “people’s privatization”. “Having not very good experience last national privatization may be put up only one asset, for example, “Bashneft”, he said.

“We believe that Bashneft could be sold at a price slightly higher than current prices. But if the company will enter the foreign markets through SPO, the price could be much higher,” he said.

Prohibition on lending in state banks, in his words, “limit the list of investors exactly who already has accumulated capital – type “Surgutneftegas”.

“As in all times of crisis this time the boldest and most desperate of solutions, – says Denis Davydov from Nordea Bank. – Despite all the current political and geopolitical cataclysms, if some of the residents decide to enter into these strategic for Russia’s industry, that will be in the maximum benefit after some time.”

The analyst believes that the political regime ensures the safety of private property, “so that if all “but” and bad history with “Yukos”, it seems to me that there are brave souls, including me, in the non-residents who could come in and become sectionare these companies.”

Also Denis Davydov does not exclude the participation in the privatization of domestic investors. “It will not be a people’s IPO, however, I think that there’s internal resources, the so-called de-offshorization – i.e. those capitals that due to the lack of investment ideas were derived from the Russian Federation. They can now go back: very attractive price RUR. Don’t forget that capital flows from Russia are displayed in the currency, and the devaluation of the ruble created an attractive enough level to enter in these assets it is for Russian rouble value,” he explained. And here “Surgutneftegaz” Davydov in the list of buyers of key assets doesn’t see.

The expert believes that the privatization process will gradually acquire some additional details. “It is not excluded that they will receive feedback from potential investors, may be received any additional guarantees or options. Will be announced if additional mechanisms, this would increase the attractiveness”, – says the analyst.