The possibility of participation in privatisation of some the Russian companies is considered, but it’s hard to name a specific company, as arrangements about it at the moment, said the head of RDIF Kirill Dmitriev. 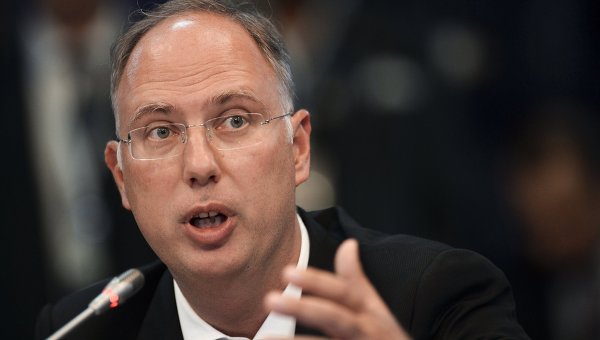 MOSCOW, 3 Feb. The Russian direct investment Fund (RDIF) together with its foreign partners, including the middle East, is considering participation in the privatization of a number of Russian companies, said the head of RDIF Kirill Dmitriev.

“This possibility is considered both by us and our co-investors. Not yet ready to name a specific company, as arrangements about it at the moment, no,” said Dmitriev, answering the question of whether the RDIF to participate in privatization in the Russian Federation together with its middle Eastern partners.

The President’s press Secretary Dmitry Peskov on Tuesday said that Russia remains an open country for foreign investment and is interested in new foreign partners. In turn, the Minister of economic development Alexey Ulyukayev at the meeting with the Vice-Chancellor, Minister of science, research and economy of Austria Reinhold mitterlehner a Wednesday invited Austrian businesses to participate in the privatization in Russia.

A new plan of economic actions of the government of the Russian Federation provides for the reinforcement of budget revenues due to the privatization of certain government assets, the list of which is not yet defined. At the meeting on 1 February the President of Russia Vladimir Putin instructed the government to finalize the list of companies that may be privatized in the future to discuss this issue once again more focused.

Among the candidates for the sale of part of state blocks of shares called, in particular, VTB, “Rosneft”, “Bashneft”, Russian Railways, Sovkomflot, Aeroflot, ALROSA.