MOSCOW, 4 February. The Central Bank of the Russian Federation will develop proposals for legislative consolidation of the liability of credit institutions for information security in their internal infrastructure, said the Deputy head of the Main Directorate of security and information protection, Bank of Russia Artem Sychev during the 18th national information security forum “Infoforum-2016”. 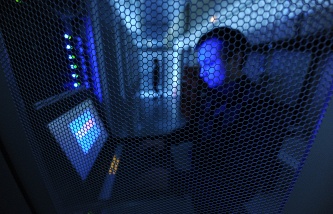 The security Council of the Russian Federation: a new doctrine of information security of Russia can appear until the end of the year

“Yesterday the Chairman of Bank of Russia held a meeting on the further development and counter criminal attacks on payment and banking system. In this regard, it was decided to develop a number of proposals and concrete actions, first of all, normative-legal nature, aimed at consolidating the duties of credit institutions to deal with the issues of information security not only in the payment segment, but also all of their technology,” said Sychev.

According to him, the actions that are currently observed such as attack not payment instruments as such, but on the infrastructure of credit institutions. Capture infrastructure organizations and subsequent management of these infrastructures allows you to take actions on the illegal withdrawal of funds, said Sychev.

He stressed that the Bank of Russia is developing and will develop technical measures associated with the operation of your payment systems, as well as guidelines for payment systems operating in Russia, the regulator will take measures to strengthen control over the technical execution of information security requirements. “Recently we have faced a factor when on paper from the credit institution all is well, has all the right regulations and reports, but in fact the necessary measures of a technical nature, nobody takes” – said Sychev.

Losses of Russian banks from fraud for the fourth quarter of 2015 amounted to more than 1.5 billion rubles, said Sychev.