LIPETSK, 3 February. FNS has imposed new requirements on payment of tax, fines and penalty Lipetsk confectionery factory Roshen in the amount of more than 374 million rubles. As follows from materials of arbitration court of Lipetsk, the factory is requested to recognize these illegitimate demands and to take interim measures. 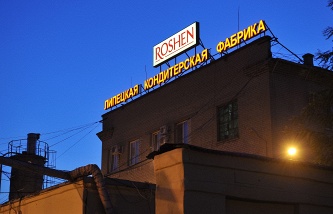 “In the society (JSC “Lipetsk confectionery factory Roshen – ed.) directed the requirement about payment of the tax (gathering), the relevant penalties and fines, interest in the total amount of 374 million 818,76 420 thousand rubles as of 14 January 2016”, – stated in the materials.

After examining the Declaration of the factory for the profit tax for 11 months of 2015 and the report on financial results of 2014, where the claimed losses of over $ 407 million rubles, “the court concluded that the penalty assessed by the tax authority appealed the decision amounts may cause him (joint-stock company – approx.) significant harm”, – says in the materials. In this regard, the court imposed on indisputable collecting of the sums assessed to the factory, “before the entry into force of the act on the case.”

In parallel between the factory and the FTS the ongoing trial regarding the claim of tax service on 361,5 million.

Lipetsk confectionery factory Roshen is a subsidiary of the company Roshen, owned by the President of Ukraine Petro Poroshenko. The factory was founded in 1966. In late 2001 the company was acquired by the Corporation Roshen, then began a large-scale modernization. The candy factory revenue in 2014 was $ 2.3 billion (about 15% of the total revenues of the Corporation).