SIMFEROPOL, February 4. The head of the Crimea Sergey Aksenov in response to the European Parliament resolution on Crimea said that it will never happen. 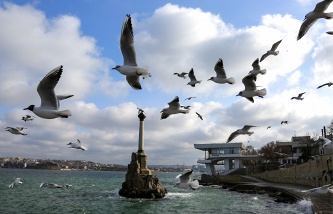 “No return of Crimea to Ukraine is not, we have already returned to their historic Homeland. And this is a final choice that needs no revision, and no decision of the European Parliament and no this will not change”, – quotes Aksenova his press service.

The head of Crimea considers that taking such documents, “Europe following political orders from overseas”.

“To pay attention to these inadequate resolution is not necessary, Crimeans such statements have become accustomed, and do not be surprised when European politicians say the black white. Already funny to listen to pack of lies”, – added Aksenov.

The European Parliament , which linked the possibility of lifting of sanctions imposed after the reunification of the Crimea with Russia, with the transfer of the Peninsula Ukraine. MEPs recalled that the European Union considers the reunification of the Crimea with Russia illegal. “The restoration of control of Ukraine over the Peninsula is one of the conditions necessary for the resumption of relations of cooperation with the Russian Federation, including suspension of the respective sanctions,” – says the resolution.