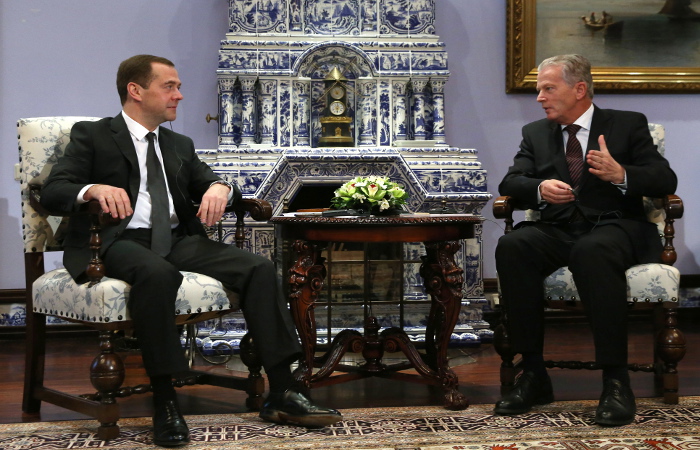 According to the publication, Mitterlehner assured Medvedev that his country would make every effort, using their influence to facilitate the project.

At the same time, he acknowledged that there may be two obstacles: the resistance of Poland, as well as “the political views of the EU and differences in the approaches of individual countries of the EU.”

It clarifies the issue, the Vice-Chancellor made it clear that the problems are “not legal, but political” in nature, as a number of EU countries are afraid of increasing their dependence on Russia.

“It’s not about legal, and political concerns of a number of EU member States: not reinforced if we so dependent? I believe that interdependence is the answer to the question of security. If the parties depend on each other, it’s not bad. This allows you to affect the decision of partners and work out a compromise… So in General in this area (energy) I can see for us a good opportunity to strengthen cooperation,” said Mitterlehner.

Thus, according to the newspaper, the Vice-Chancellor added that the position of Finland for Nord Stream 2 “will not be a big problem.”

Wednesday Mitterlehner said that Austria and Russia have achieved positive results on the construction of “Nord stream 2”.

Mitterlehner noticed that at the sitting of the intergovernmental Commission Russia and Austria continued the discussion of modernization. “We also discussed not only issues related to resource sharing, we primarily want to get away from that and bring their technology. Yesterday we identified 26 projects for implementation,” said Vice-Chancellor.

Earlier on Wednesday the head of Ministry of economic development Alexei Ulyukayev following the meeting with Mitterlehner stated that at the meeting, in particular, was discussed with the project “Nord stream 2” as it was attended by the head of the Austrian gas company, which owns 10% of this project. “We discussed the problems and agreed how we will work together to promote this project, which, of course, is a project of common interest increases the level of energy security in Europe. This is a game that benefits all the stakeholders”, – said Ulyukayev.