“Helicopters of Russia” gave India final batch of military transport helicopters. All of the Indian party received 151 machine. It is reported that the Indian air force also planning to order a further 48 Mi-17V-5. 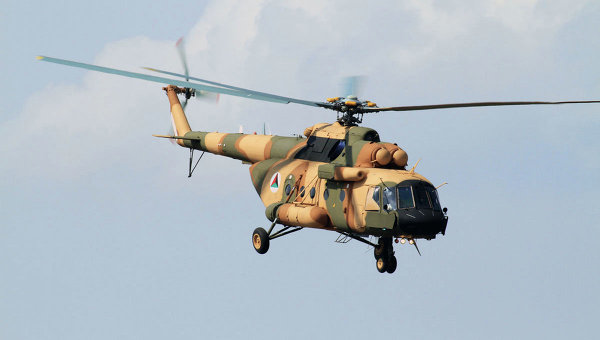 MOSCOW, 2 Feb. Holding “Helicopters of Russia” (included in “rostec”) gave India final batch of military transport helicopters Mi-17V-5 under the largest contract on delivery in this country 151 machines, said Tuesday the press service of the holding.

In 2008, Rosoboronexport signed a contract to supply to India 80 Mi-17V-5 and property to them, which was executed in the period 2011-2013. In 2012-2013 there were signed three more additions for the supply of Mi-17V-5 for the needs of the air force, the Ministry of internal Affairs and the Secretariat of the President of India, which involved the delivery of 71 helicopters.

“The company was given final batch of helicopters to India under a previously signed contract. Along the line of “Rosoboronexport” India received 151 military transport Mi-17V-5 produced by Kazan helicopter plant (KHP)”, — stated in the message.

It is noted that the Indian air force also planning to order a further 48 Mi-17V-5. The new helicopters it is planned “to use for flights in different areas, as in the desert and in the mountains”.

The Mi-17V-5 helicopters delivered to India, are among the most technically advanced helicopters family Mi-8/17, absorbs the best design finds of previous generations, notes the press service. Every Indian Mi-17V-5 is a complex navigation and electronic indication knei-8. In this complex, multiple indicators of information a number of systems of the helicopter are replaced by four multi-function indicators, which unloaded the dashboard and facilitated the work of the crew. The complex allows to simplify preflight inspection of the helicopter by removing the information from all sensors paired speakers on the monitor screen. The Indian side supplied the helicopters are fitted with modern powerful engines, significantly expanding capabilities for transporting heavy and bulky loads, particularly in the highlands of India.

Earlier, Russia and India have embarked on a major project on organization of production in India of at least 200 Russian light helicopters Ka-226T. According to the documents signed by the governments of the two countries, in India production will be organized not less than 200 Ka-226 and its modifications. The agreement also provides for the maintenance, operation, repair of helicopters and ensuring their technical support.