Low-cost “daughter” Aeroflot – airline “Victory” has filed an application in the Federal air transport Agency on the opening of flights to Larnaca and Paphos. 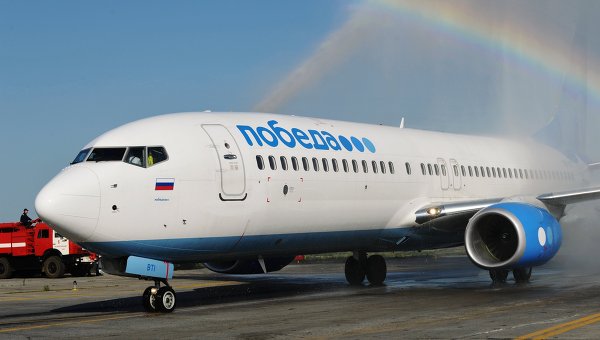 “Filed in the Federal air transport Agency on the opening of flights to Larnaca and Paphos. I hope that approval will be obtained and, consequently, in the summer of 2016 flights will be opened,” — said Kalmykov.

Now “Victory” serves more than 30 domestic and international destinations and flies from Moscow Vnukovo to Ekaterinburg, Volgograd, Tyumen, Surgut, Belgorod, Perm, Makhachkala, Vladikavkaz, Nizhnevartovsk and other cities and to international destinations in Bratislava and Bergamo. On Tuesday, the airline also opened the sale of tickets in the German Munich. Daily aircraft loukostera perform about 70 flights.

“Victory” was founded on September 16 2014 instead fell under the EU sanctions “Dobrolet”. The first flight loukoster completed December 1, 2014 in Volgograd from the Moscow airport “Vnukovo”.