TULA, February 4. Acting Governor of Tula region Alexey Dyumin promised the residents of the region to continue the previously started program and pay special attention to the defense industry. He said this in his speech in the framework of his official presentation as the acting head of the region. 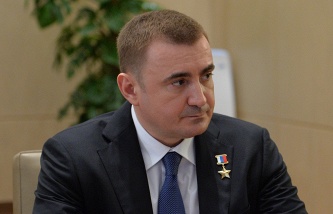 The official part of the presentation Dyumin was held in the building of the government of the Tula region. The ceremony was attended by former Governor of the Tula region Vladimir Gruzdev. He wished success to his successor. “I want we all wished the success of the Alex G. Dyumin in the difficult work of the Governor”, – said Gruzdev.

The presidential envoy in the Central Federal district Alexander Beglov, in its submission, the acting Governor of the Tula region stressed that behind Dyumin has extensive experience, including management. “Today he will be able to direct all his experience, all his energy to the devotional service of the Tula region,” said Beglov.

Alex Dyumin promised the residents of the region to continue the previously started program and pay special attention to the defense industry.

“All the constructive and important for the development of the field programs will be continued. Primarily talking about the problems that directly concern the well-being of life – housing, medicine, education. That gives people a sense of security. Special attention in the field of key enterprises – primarily the defense industry,” – said acting Governor of the Tula region.

He noted that the traditions of Tula gunsmiths and designers have already made Tula famous all over the world, and are integral to the region’s economic development and security throughout Russia.

“A lot done, but more needs to be done. Going to work,” said Dyumin. He expressed the hope that local residents will support in all your endeavors.

The President of Russia Vladimir Putin on 2 February accepted the resignation of the Governor of the Tula region Vladimir Gruzdev. Putin instructed to perform the duties of the head of the region before the elections on 18 September, Alex Dyumin, who before this appointment the post of Deputy Minister of defence of the Russian Federation.

Conversations about retirement Gruzdev appeared in the media on 30 November 2015 – journalists have referred to sources in the Russian government who supposedly know what Tula the head going to leave the post at own will. But Gruzdev on the day after the dissemination of information about the possible resignation announced his intention to retain his post and said through its press office that would “serve the Tula and Russia.” The President’s press Secretary Dmitry Peskov also denied this information, saying that the rumours about a possible resignation Gruzdeva similar “to a massive zakazuha”. 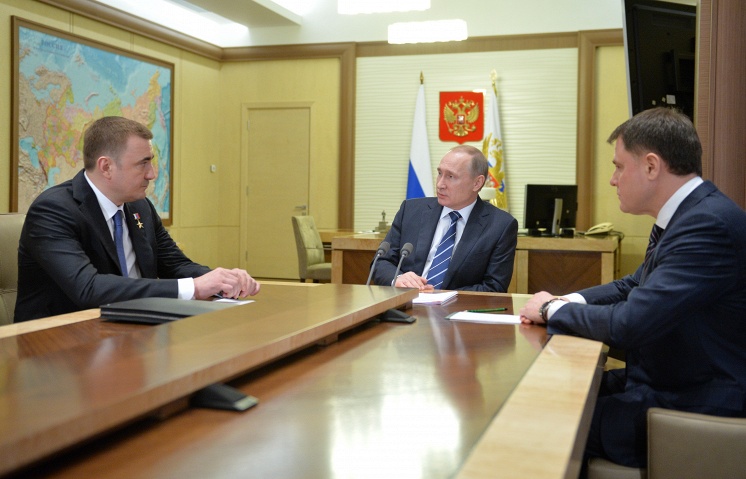