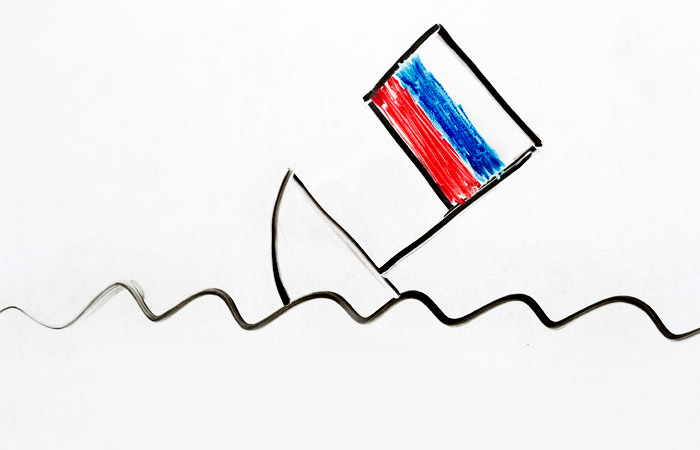 Moscow. On 3 February. The probability of a recession in Russia in I half-year has increased, economic growth is now expected no earlier than the II half of 2016, according to the Bulletin of the Department of studies and forecasting of the Central Bank.

The Department has lowered its expectations regarding the dynamics of GDP of RF in I and II quarters of 2016.

“Arrived in the last month of macro data confirm the assumption made by us in December, raising the likelihood of continuing recession in the first half of 2016. December data on leading indicators, financial indicators and nonfinancial indicators of the real sector indicate a continued downturn in the economy. Our estimates of GDP growth on the horizon two quarters were degraded compared with calculations from a month ago”, – the report says.

The main factors that influenced the decline in short-term estimates of GDP growth compared with the previous month, was organized by the PMI (PMI) in the treatment of, investment in fixed capital retail trade turnover, explained in the document.

In the Department of forecasting is now expected in the first quarter of 2016 seasonally adjusted GDP to decline by 0.7% (in December, had expected a decline of 0.3%), while in the second quarter, a decrease of 0.3% (in December were expecting stabilization).

“The Russian leading indicators of economic activity worsened amid declining oil prices and weakening of the ruble, the resumption of growth is delayed at least until the second half of 2016”, – stated in the review.

The weakening of the ruble

The effect of the weakening exchange rate, which occurred in December 2015 – the first half of January 2016, may result in additional growth of consumer prices up 1.3 percentage points (PP) in the first quarter of 2016, ceteris paribus, is reported in the Bulletin of the Bank of Russia.

According to experts, data on weekly inflation from 19 to 25 January show a shift of price growth from regulated to unregulated administratively, while maintaining the average daily price growth at the level of the previous week (0,028%). This may reflect the effect of the transfer of ruble depreciation on consumer prices.

In their opinion, at the moment the effect of the weakening exchange rate, which occurred in December – the first half of January 2016, constrained by reduced consumer demand. However, what happened in January, the weakening of the exchange rate creates risks for inflation acceleration in average daily terms.

The main source of risks for inflation in 2016 remains a possibility of new monetary shocks on the background of the decrease of oil quotations, the authors of the material.

The Central Bank also forecast a prolonged exposure of oil prices near current values, in the range of $20-40 per barrel. To such conclusion experts have come, comparing the dynamics of real oil prices since 2009 from its dynamics in the period 1979-1986, the period of falling oil prices was also preceded by the growth of production in countries outside OPEC, and the catalyst for the price fall was the refusal of OPEC from its targeting by reducing production.

“After the fall of the prices the most dependent producers within two years were able to maintain production in other non-OPEC producers took a similar time to adapt and recover the loot. OPEC countries are rapidly increasing production, bringing back the market share lost during the period of inflation targeting of price”, – stated in the Bulletin of the Department. As a result, the price of oil in almost five years was at the level of $25-35 per barrel in 2014 prices.

Thus, according to the document, the probability of coordination of actions of OPEC and countries outside the cartel to reduce oil production at present is small.

“The last OPEC meeting shows that the agreement within the cartel is unlikely given the existing serious differences between Saudi Arabia and Iran. As for the countries outside OPEC, for example, Mexico hedged oil price at $49 per barrel on all 2016 and has no incentive to cut production this year due to difficulties with filling the budget”, – stated in the document. Norway, conversely, is in a relatively favorable budgetary situation, as in many other countries the oil industry is a large number of private companies, noted in the Bulletin.

In the end everything can be reduced to the discussion of bilateral agreements, which is unlikely to be profitable for Saudi Arabia and Russia, I believe in the securities Department.

Net capital outflow from Russia in 2016 could be $30-45 billion According to the Department of studies and forecasting of the Central Bank, to lower net capital outflow in 2016 will lead the strengthening of trends that have emerged in the financial account of the balance of payments in 2015.

The study noted that in risky scenarios net capital outflow may be even less than in the base.

“If in previous years the outflow of capital was associated with accumulation of resident foreign assets, the dynamics of capital outflows for most part of 2015 have been affected by the reduction in external liabilities (mainly banking sector) in the context of financial sanctions”, – stated in the Bulletin of the Department of studies and forecasting of the CBR.