MOSCOW, 4 February. Russia has always regarded the Baltic countries as friendly States. This was stated by the official representative of the Russian foreign Ministry Maria Zakharova, commenting on the recent film “bi-Bi-si” about the possibility of nuclear war between Russia and NATO due to the potential escalation of the situation in Latvia. 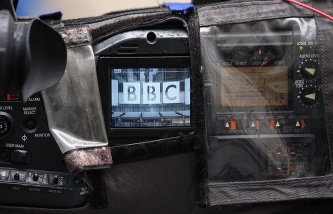 In “Bi-bi-si” called the film a “Third world war” fiction, not directed against the Russian Federation

“I repeat – we have always regarded the Baltic States as a friendly, neighboring States, said the diplomat. – It has many relations, both good and bad.”

“We wanted to overcome that bad, wanted to strengthen this good, we wanted, and by the way, this happened… let’s see what cultural exchanges, the number of Russian citizens acquiring the property, comes to rest in the Baltic countries… that’s all you need, – she said. As we can see, that doesn’t need the UK, it is necessary for our countries need Russia, the three Baltic States”.