Manufacturers and experts predict a rise in bread prices in Russia in 2016. Prices may grow by 15%, according to the producers, while retailers give a more cautious Outlook – 5%. However, the Ministry of agriculture assured the preconditions for growth of cost there is no bread, and believe that it will be limited to inflation.

According to estimates of the Association of bakers St. Petersburg, overall, in 2015 the increase in costs in the sector amounted to 15%. Accordingly, as should appreciate the goods they produce.

“Inflation continues to grow. If you gradually increase prices in the quarter the growth will be 2-3%. But if the year is not to take price increases – it accumulates. For 2015 “accumulated” 15%”, explains the President of the Association Alexander Zorin. According to him, following the manufacturer prices on products will increase and the seller. 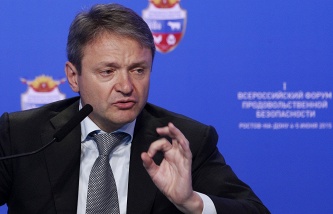 Last year, trade raised their prices synchronously with manufacturers at 15-16%, said Zorin. As a result this year in retail bread prices also could rise by 10-15%.

According to forecasts of the Institute for agricultural market studies (IKAR), the consumer price of bread in 2016 may increase by 10%.

Russian Guild of bakers and confectioners (Rospik) sees prices rising prices for the population will be 8-15%.

However, retailers are cautious estimates of possible growth of prices for bread this year, and consider projected are overstated. Chairman of the Board of the Russian Association of experts of the retail market (RERR) Andrey Karpov forecasts that bread prices will either remain the same, or they will rise to a maximum of 5% for the year.

What is the possible rise in prices?

The main drivers of growth of prices of manufacturers called the rise of raw materials and an increase in the cost of imported equipment. The Association of bakers St. Petersburg also pointed to the growth of the dollar and the prices for services of natural monopolies, and also on increase of salaries of employees of the enterprises by 8%.

“The main driver of cost increase in the production of bread will be the cost of flour and other raw materials (yeast, sugar, vegetable oil)”, – in turn, said the head of the Russian Guild of bakers and confectioners Yury Katsnelson. According to him, 40% in the structure of bread prices from the manufacturer are raw materials.

The increase in the cost of imported components and spare parts to the equipment by 20-30% may result in a rise in price of the final product of 0.4-0.6%, the increase of the wages of bakers 8-10% raises the price of bread, accordingly, a further 0,7-0,9%, estimated Katsnelson.

What kind of bread will rise in price in the first place?

In the first place can rise products that are related to the so-called “social classes”, according to the producers. According to them, the price growth in this category of bread might be 15%. Prices more cost-effective varieties can grow 10%.

“There are products that are almost unprofitable, they today are sold at a loss. This social varieties of bakery products. They are up to 50% of the volume (production) occupy the factories,” said Zorin.

What do the experts say?

In ICARUS did not exclude growth of prices on bakery products, but indicated that the explicit dependencies between the prices of bread and basic raw materials – flour – no.

“In almost every season there is a noticeable seasonal decline in prices for flour. The average consumer price of bread continues to grow”, – said Deputy General Director of IKAR Irina Glazunov.

What say the authorities?

“The situation on the grain market is now stable,” – said the head of the Ministry Alexander Tkachev, adding that the price of bread cost of grain is about 20%.

However, Tkachev admitted that the cost of farmers currently grow. “Now the rising costs of agricultural producers for material and technical resources. And increasing debt burden that is related to the overall situation in the economy of the country.” 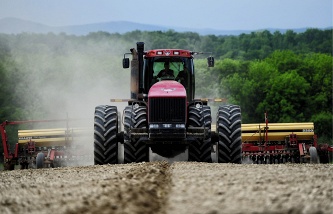 The increase in the price of bread should be gradual and economically feasible, in turn, the Chairman of St. Petersburg Committee for entrepreneurship and consumer market , followed him Kachaev. However, the official refused to make predictions on the size and timing of any price increases.

The authorities do not intend to artificially keep prices as it will lead to even more unpleasant consequences, said Kachaev.

What do the authorities?

Despite the need for strict fiscal policy, the authorities promise to continue to support the APC in 2016.

According to the Ministry of agriculture, support is needed and citizens.