SIMFEROPOL, February 5. /Corr. Elena Bogdanovich/. Crimea could become the site for the commercial cultivation of exotic fruits in terms of import, the Director of the Nikitsky Botanical garden, which is located on the southern coast of Crimea, Yuri Plugatar. 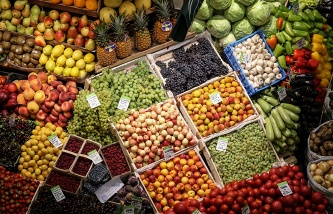 “We can grow kiwifruit, feijoa, figs. And we do it. We have a wonderful variety. You need to remember and olives. Who has tried, knows that they are the best. Then you are not European,” he told reporters.

According to the Director, the Nikitsky garden is ready to assist entrepreneurs who are interested in the production of exotic fruits. “Unfortunately, mass production is not our goal. We create class technologies, but to develop it on a large scale we offer our partners. We are ready to cooperation and with the private sector, and with major producers”, – said Plugatar.

Rupture of relations with Turkey

Import substitution of exotic fruits in the Crimea arose from the rupture of trade relations with Turkey. However, to grow all that comes from this country, it is impractical. In particular, this applies to citrus. “Citrus in Russia began with the Nikitsky garden, and we couldn’t do it just because of the soil conditions of the Crimea differ from those needed citrus, while the Caucasus is a perfect place for that. So naturally it’s all moved, and the citrus center of development moved to the Caucasus region”, – said the Director of the garden.

Nikitsky Botanical garden was founded in 1812 and is one of the oldest research institutions in the country. Until April it will begin to work the biotechnological complex “Biotron”, which will allow to propagate the best varieties from the collections of the garden for producers. “It is a modern design, which analogues in Russia. There is a similar near Moscow, Pushchino, but in our 25 years more modern, – said the Director. – Our seedlings are guaranteed to be high quality and resistant to climatic conditions of southern Russia. That’s what we are going to multiply and to replenish an existing collection, as there are plants, preserved to us in a single copy”.