MOSCOW, 5 February. Oil exports from Russia in value terms decreased in 2015 compared with the previous year by 41.8%, to $89,576 billion this was announced on Friday by Federal customs service (FCS) of the Russian Federation.

The main volume of oil export fell to the far abroad countries – cost of deliveries totaled $83,955 billion, which is by 42.3% below the figure for the same period of the previous year. Revenues from oil supplies to the CIS fell by 32.3% to 5.62 billion.

The revenue of Russian companies from export of oil products in 2015 decreased by 41.7% compared to the previous year and amounted to $67,403 billion. 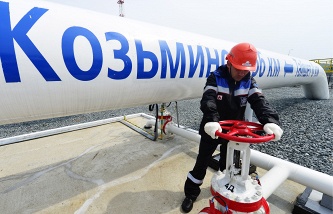 During the reporting period, Russia has increased oil product exports, which increased 4% to 171,534 million tons.

The import of medicines

According to DSM Group, the Russian commercial pharmaceutical market in monetary terms 2015 amounted to 9.4%, in the packaging it fell by 5.4%. In the beginning of 2015 inflation of prices of medicines in pharmacies amounted to 10.3%. Stronger just went up medicines of the Russian manufacture – on 15,5% in comparison with December 2014 the Average cost of domestic packaging of the drug reached 70,1 rubles the price of imported drugs increased by 8.9% and the weighted average price of packing reached 237,6 RUB.

A stable trend in recent years is the gradual reduction in the medicine range, the proportion of “cheap drugs”, the cost of packing which is below 150 roubles, have noted in the DSM Group. The share of the market these drugs, compared with December 2014 decreased by 2 percentage points.