MOSCOW, 5 February. /Corr. Anna Dementyeva/. The Ministry of Finance, industry, agriculture and health endorsed the introduction of excise duty on palm oil, which will improve power quality and increase budget revenues. The discussion of such initiatives is being held in the government. 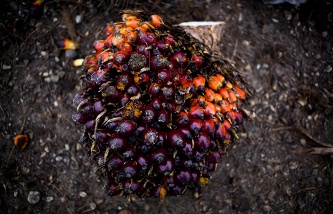 Palm oil is often used by dairy producers and bakers to reduce the cost of production. This oil is made from the fruit of the oil palm. Its harm to human health is not proved.

According to Rosstat, the supply of palm oil to Russia for 9 months of 2015 increased by 31.7% compared with the same period of 2014, the Ministry of health first made a proposal to introduce excise duties on a range of products with a high content of fat and sugar.

“I support overall healthy lifestyle. If these (harmful – approx. ed.), the products will be introduced any additional fees that will encourage people to buy healthier foods, and there is nothing bad”, – said the Minister of industry and trade of Russia Denis Manturov.

To harmful products may be classified, soda, and products containing palm oil. However, the final scheme and the proposed rate of excise duty is still unknown. In turn, the Ministry of Finance of the Russian Federation in the next few weeks promised to provide proposals and estimates for excise taxes on palm oil and products that are harmful to the health. 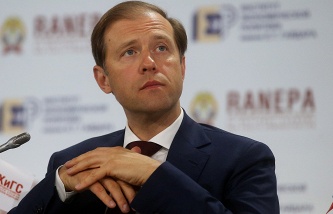 “We have a government instruction on this subject in the near future (within several weeks) will submit proposals and calculations. From the point of view of the Finance Ministry, taxes on products, consumption of which in large quantities is harmful to health is justified and may be imposed in Russia, especially during a difficult situation with the budget”, – said the representative of the Ministry of Finance.

According to the head of the Ministry of agriculture of the Russian Federation Alexander Tkachev, the introduction of excise tax on palm oil will help in the fight against falsified dairy products. The Ministry has already drafted a bill on the mandatory labelling of products containing palm oil, in the territory of the Customs Union of the Eurasian economic Union. It is planned that the law will come into force from 1 January 2017 For its violation is expected in the imposition of a penalty of more than RUB 1 million.

What will happen: prices rise and the deficit?

The introduction of new excise taxes can bring additional funds to the state. The head of the analytical center “SovEcon” Andrei Sizov’m sure they will go to cover the budget deficit.

“Consumption of any product in excess is harmful to health, right? And the budget deficit should be plugging”, – said Sizov. 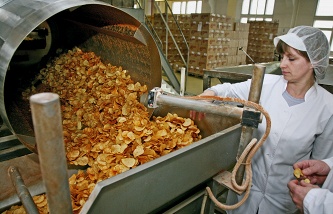 The Ministry of health of the Russian Federation: the experience of other countries to increase tax on “harmful” food positive

At the same time, Vice President, sustainable business development and corporate relations at Unilever Russia Irina Bakhtina sure that the authorities must ensure investing the collected revenues in approved programs or research in the field of healthy nutrition.

Consumers may face higher prices during the transition to Bespalova of the formulation, the Executive Director of “Fat-and-oil Union” Yuri Morozov.

“But it all depends on a correct and reliable position of the state,” he added. Meanwhile, about a possible increase in the prices of dairy products after the introduction of obligatory marking of products with palm oil have already warned the Minister of agriculture and food.

The introduction of excise duty on palm oil the most will hurt the intermediaries between consumers and foreign producers of palm oil, explained Morozov.

“We have a monopoly on the market on this issue – the company EFCO, which is about 2/3 of the imports of palm oil to Russia. The company consistently promotes a palm tree in our diets,” said he.

Authorities need to determine clear criteria for additional taxation of products high in sugar and fat. First, input the excise shall be scientifically justified and does not lead to unfair competition. This opinion was expressed by Bakhtin.

“We believe that public authorities need to determine clear criteria for such a tax. First, such criteria must be based on sufficient scientific justification for the possible harm. They should stimulate innovation and the introduction of more healthy products. And it does not lead to unfair competition and increase the burden on business and the budget”, – said the Agency Bakhtin. 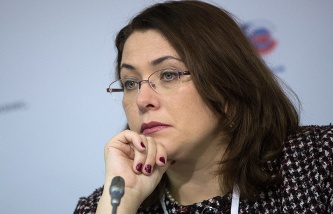 Unilever: enter excise taxes on “harmful products” must have a scientific justification

“The most important thing here – the contradictions of business and the state both from the point of view of import substitution, and from the point of view of health. Palma is a profitable product for 2-3 companies, but it undermines our economy. The Committee on agriculture in the Council of Federation has long put the issue of reducing import palm trees. Well, the Russian government decided to support it. I, as a member of the Board on agriculture of the Federation Council – support the proposal”, – expressed his opinion Morozov.

The Chapter “Sovekon” called the initiative “surprisingly senseless”. So, Sizov sees great danger in the so-called TRANS fats than palm oil. The TRANS is, for example, margarine.

“The world’s limit in the first place the fats that will very likely contribute to increased risk for cardiovascular disease. Thus, for example, in the U.S. since the beginning of the fight against TRANS fats imports palm oil as a safe substitute has increased considerably. Limit saturated fats, as in Denmark. We have, by the way, the TRANS fat restriction isn’t doing so well are,” he said.

The use of palm oil is impractical from the point of view of import substitution. Therefore any measure that will reduce consumption of palm oil, justified, says Morozov.

“Today we are a country that, perhaps more per capita it imports and consumes. This is quite a serious symptom,” said Executive Director of “Fat Union”. He stressed that Europe’s consumption of palm oil is approximately two times lower than in Russia. “And this is reflected in the health of all of us,” concluded Morozov.