MOSCOW, 6 February. The government will not reduce its social obligations, said Prime Minister Dmitry Medvedev, speaking at the Congress of “United Russia”. “Solving global economic challenges, let’s remember that Russia is a social state. And we’re not going to reduce our liabilities,” he said.

Medvedev has reminded that on support of the state depend very many, especially those who are socially vulnerable. Including the disabled, orphans, large families, veterans. 7% indexed social transfers and a number of children’s allowances.

About lump sum payments from the parent capital

Prime Minister offers to save poor families a lump-sum payment from the parent capital. The amount is being determined, he said.

“Since last may, at the expense of the prisoner, you can receive a lump-sum payment of 20 thousand rubles. Given that the situation with incomes of people are still tense, I propose to continue this form of support, – Medvedev has offered. – The amount we will discuss”.

On indexation of pensions

The head of government reminded that from 1 February to 4% were indexed insurance pensions for all pensioners, except for working. However, he promised that in any case the government will continue to support the people, despite the difficulties with the budget. “Our goal is to help pensioners, to ensure them a decent life. And we can solve this problem. Including in the framework of the Strategy of action for senior citizens until 2025, which I adopted yesterday. A government Directive signed by me,” – said Medvedev.

Medvedev stressed that one of the party’s responsibilities is the organization of summer holidays for children who are in difficult life situations. “Today, it is the responsibility of regional authorities. But the purchase of vouchers for children – a tangible burden on regional budgets. And if we want as many children as possible were able to relax this summer, we need to think about how to help regions to create a mechanism for more co-financing costs”, the Prime Minister suggested.

In General, according to Medvedev, the General duty of the party to ensure that people lived in normal houses where it is warm, has electricity, gas and water, so the streets were safe, the children went to good schools and that the prices are not skipped and if the person is sick, he received normal medical care. “The main tasks of the state – any state and ours is to help and protect. The task of the party is to control this to be true. And, by the way, we are able to do that,” he concluded. 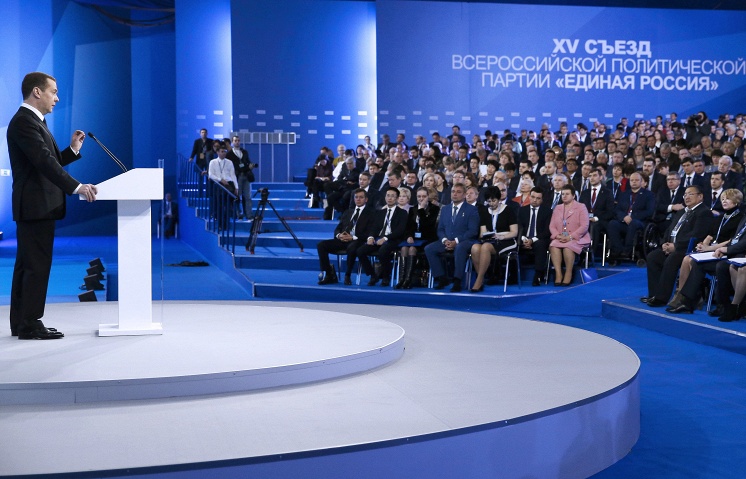