MOSCOW, 5 February. Media in Turkey are under increasing pressure from the authorities, continued judicial harassment and detention of journalists. This was stated on Friday, TASS Commissioner of the foreign Ministry on issues of human rights, democracy and rule of law Konstantin Dolgov. 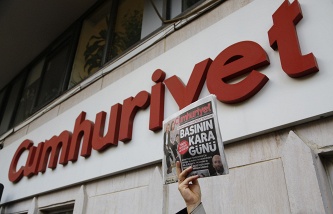 “Freedom of expression and the media is under growing pressure from the Turkish authorities, – said Debts. – Human rights activists report about the atmosphere of intimidation in this area, leading to the increase in the number of gross violations of human rights. Of particular concern were the ongoing and initiated in Turkey judicial harassment and detention of journalists who publish critical materials about the President and the government”.

“According to main opposition Republican people’s party of Turkey, in 2015, under various pretexts, the country has initiated investigations in relation to 7 media agencies, correspondents detained 156, 32 journalists are currently under arrest, – noticed Debts. – It is reported that in 2015 774 media workers were fired for political reasons, and in respect of 238 court cases are open”.

Among the most resonant cases, the diplomat highlighted the arrest of the editor of the newspaper “Cumhuriyet” for articles on the supply of the national intelligence organization of Turkey of weapons to Syria.

“Very ambiguously perceived in the human rights community to the widespread practice of blocking of governmental bodies of Turkey any website without a court order, continued Debt. As highlighted, the list of grounds for such blocking “unduly expands”. 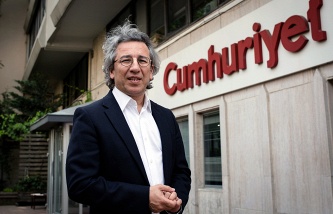 Authorized the Russian foreign Ministry reminded about the wave of arrests in January intellectuals of Turkey who signed the petition calling for peace and raskritikovav military operations of the Turkish security forces in the Southeast of the Republic. “Human rights activists call these measures of the Turkish authorities, as well as comments by President Tayyip Erdogan, uravnavesil scientists’ actions with the actions of terrorists, based on repression, which are potentially aimed at everyone who dares to criticize the actions of the government, – said the Agency interlocutor. – Concern about this issue was expressed by Secretary General of the Council of Europe thorbjørn Jagland”.

According to Dolgov, the regular nature of the violations of the right to freedom of Assembly. “Another striking example is may 1, 2015 39 thousand police officers and 50 water-jet vehicles were selected in order to prevent the leaders of Turkish trade unions to organise in Taksim square (in Istanbul) traditional may day demonstration”, he reminded.