MOSCOW, 5 February. Moscow urges U.S. to heed the recommendations of the UN experts on the fight against racial discrimination. This was stated by the Russian foreign Ministry in connection with the functioning recommendations in the framework of the UN Council on human rights working group on people of African descent in relation to the situation in the United States. 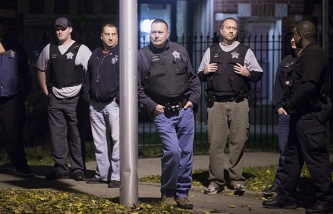 “Note that, despite the progress made in combating racial discrimination, the experts draw attention to the ongoing problem with excessive use of force by the police, related including racial prejudice and prejudice, – it is spoken in the comment. – The working group also drew serious gap in the standard of living of African Americans compared to the rest of the population, including education, housing, employment, food security”.

Experts stressed that “while not eliminated, racial profiling, arbitrary detention and persecution of African-descent children”, said the Ministry.

In Moscow believe that “the current situation is largely due to the U.S. position, which is expressed including that they have not joined many international treaties or reservations were made to them, and also did not support the resolution of the UN General Assembly and other documents concerning the fight against racism and racial discrimination, particularly the Durban Declaration and Programme of action”.

Russia hopes that “this time, taking into account the alarming situation in the field of combating racial discrimination, the United States will listen to the recommendations of the working group and take specific measures to remedy the situation.”