MOSCOW, 6 February. The agreement between Russia and Iran on simplification of conditions of mutual trips of certain categories of citizens came into force. 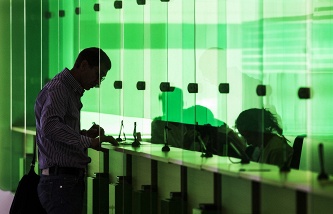 The intergovernmental agreement was signed on November 23, 2015 in Tehran the meeting of the two presidents Vladimir Putin and Hassan Rouhani.

As explained in the foreign Ministry of the Russian Federation from February, 6th “provides for a facilitated procedure of obtaining Russian and Iranian visas for representatives of the business community, for persons participating in scientific, cultural and artistic activities, pupils and teachers, tourists”.

“This agreement will further strengthen Russian-Iranian relations on all directions of mutual cooperation”, – are convinced in Moscow.

According to the Advisor of the Supreme leader of Iran for international Affairs Ali Akbar Velayati, who was in the Russian capital on a working visit from 1 to 4 February, “Tehran also considers the abolition of tourist visas with Russia.”

“The matter is under discussion I’ll contribute to this”, – he assured. In addition, briefed Velayati, in the future it will be possible to count on cancellation of business visas.

In Iran there are also great opportunities for active tourism: trekking, mountaineering, skiing, diving in the Persian Gulf, bike tours, jeep safaris in the desert, eco-tours, nature reserves, rural tourism and tours to nomadic tribes. Demand and pilgrimage to Mashhad and Qom.