Serial production of the Il-114, launch of which is already underway, expected to commence in 2018-2019. First turboprop passenger aircraft Il-114 have to take off in 2018, according to JSC “NAZ “Sokol”. 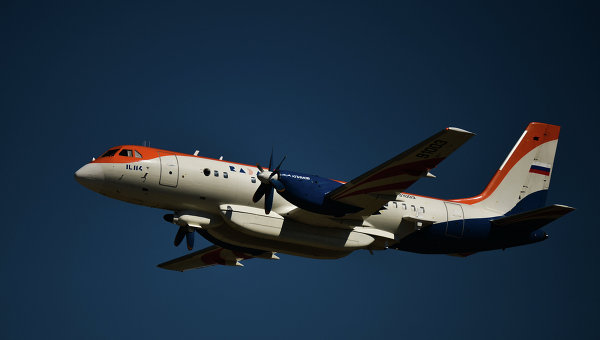 At the end of December last year, Russian Deputy Prime Minister Dmitry Rogozin announced that serial production of the Il-114, launch of which is already underway, expected to commence in 2018-2019.

“Till date remains one — in 2018 to fly the first plane from Tashkent hurt,” said Karasin on Friday. At the end of October last year, chief designer of “Aviation complex n. a. S. V. Ilyushin” Nicholas Taliks reported that the first Il-114 can be based on the gliders of the Tashkent aircraft plant, which has five unsold airframes.

Turboprop aircraft Il-114 was designed by the Ilyushin design Bureau in the late 1980s for use on regional air routes of the USSR. According to open sources, was built less than 20 of these aircraft. Later were developed by several civilian and military versions of the plane.

In August last year, President Vladimir Putin instructed the government, Ministry of defense and the presidential envoy in the Volga Federal district to assess the feasibility of deployment of serial production of Il-114. Experts interviewed, then said that will have to be modernised: in particular, the plane will have to change the engine and all electronic equipment.

JSC “NAZ “Sokol”, one of the oldest aircraft manufacturing companies in Russia, traces its history from 1 February 1932. Since 1949, the company specializes in the production of fighters collection “MiG”. To the world’s most famous aircrafts of this brand include the MiG-21, MiG-25, MiG-29, MiG-31. Since 2006, the “Falcon” is part of the United aircraft Corporation (UAC).