MOSCOW, 5 February. Moscow expects Sweden and the United Kingdom will take into account the recommendations of the UN working group in respect of granting Wikileaks founder Julian Assange freedom of movement. This was stated on Friday at the Russian foreign Ministry.

“The Russian foreign Ministry has familiarized with the information that operates within the framework of the UN Council on human rights working group on arbitrary detention officially recognized for a long period of unlawful restriction of freedom suffered by the founder of the Internet portal Wikileaks Julian Assange,” – said in comments to the Agency.

The Russian foreign Ministry noted that “authoritative UN experts rightly saw in the persecution of Assange, expanded the authorities of Sweden and the UK, the violation of a number of international Treaty obligations in human rights, including in the sphere of prohibition of torture and cruel treatment, the right to a fair and impartial trial, freedom from torture and ill-treatment, freedom of movement and choice of place of residence”.

“The working group is an expert human rights mechanism, whose decisions are Advisory in nature. Despite this, we expect that the government of Sweden and the UK will listen to the opinion of the working group and consider its recommendations, including in relation to the provision Assange freedom of movement and compensation of damages caused by unlawful prosecution,” stressed the Russian foreign Ministry.

The Russian foreign Ministry believes that “this would restore fairness in relation to the human rights activist, opened the world eyes to numerous crimes of U.S. intelligence in Iraq and Afghanistan, and published evidence of large-scale violations by the US authorities of human rights”.

Assange 2012 is the Embassy of Ecuador in London. The Wikileaks founder fears that he will be extradited to Sweden and then to the USA. Criminal prosecution of Assange is political calls and finds a pretext under which the us authorities are trying to secure his extradition to the US for trial for disseminating classified documents.

Earlier on Friday it became known that the working of the UN Commission on arbitrary detention has positively considered the issue of the release of Assange, which on September 12 last year filed a complaint against the UK and Sweden, considering his arrest illegal. The Commission’s decision is not legally binding and has no formal influence on judicial processes in the United Kingdom and Sweden. 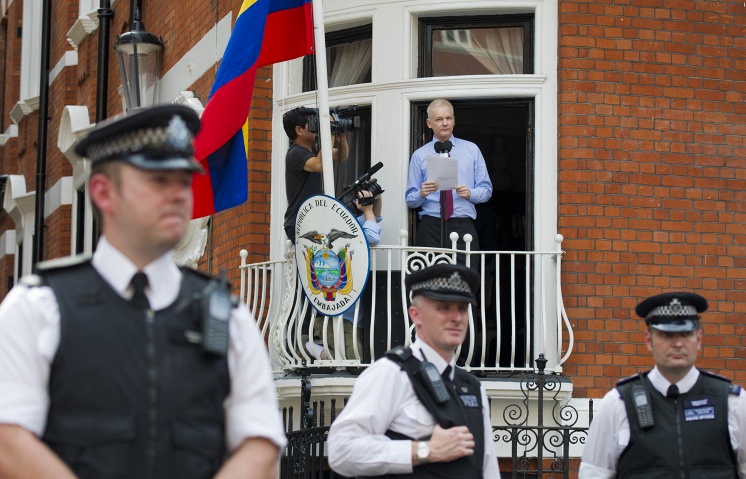