MOSCOW. On 5 February. Preconditions for a rise in price of bread in Russia, the growth of prices in 2016 will be within inflation. This was announced by the Minister of agriculture of the Russian Federation Alexander Tkachev, commenting on the information about a possible increase in bread prices in Russia by 10-15%. 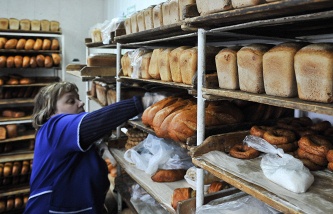 “The agriculture Ministry sees no preconditions for the growth of prices for bread. The situation on the grain market is now stable,” the Minister said, adding that the price of bread cost of grain is about 20%.

However, Tkachev noted that the cost of farmers currently grow. “Now the rising costs of agricultural producers for material and technical resources. And increasing debt burden that is related to the overall situation in the economy of the country.”

However, the increase in bread prices in Russia in 2016 will be within inflation, I’m sure Tkachev.

Previously interviewed industry experts said that does not exclude growth of prices for bread in 2016. In particular, the Russian Guild of bakers and confectioners (Rospik) predicts that the price of bread to Russia’s population could grow by 8-15%.

According to Institute of agrarian market conjuncture, the increase in bread prices can be 10%. According to experts, the main reasons for rise in price – the rise in the dollar and increases in costs for manufacturers.

According to the Association of bakers St. Petersburg, costs in the industry for the year 2015 increased by 15%.

The decrease in average ticket

The head of the Ministry of agriculture earlier said that the coming 2016 will be challenging for the industry but 2017-2018 will be a time of growth. 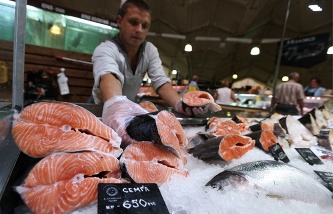 According to the Minister, currently in the food sector has seen falling demand and average ticket.

“Clearly, the average check decreases, and it is clear that incomes are falling, falling consumer demand,” said Tkachev. However, the agriculture Ministry hope this is a temporary situation.

“In 2016, of course, completely objectively, it will be more difficult for us, but, according to experts, 2017-2018 years will be years of growth. Small, but every year we will increase them”, – said Tkachev.