MOSCOW, 6 February. “United Russia” held on Saturday in Moscow Congress created the Commission on the preparation of the election programme of the party and made a number of amendments to its Charter. 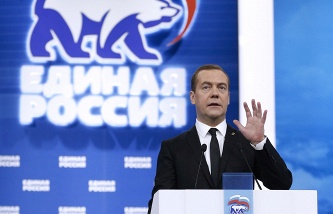 Speaking to Congress delegates, the Chairman of United Russia, Prime Minister Dmitry Medvedev indicated that the party’s program, which she will go to the September elections to the state Duma shall be prepared in the shortest possible time. “All I was saying, – measures to support people and the economy – should be included in the election program of “United Russia”. We have to develop it in the shortest possible time. And think carefully about the content, because with it we will go to elections,” he said. According to the leader of United Russia, program document captures the priorities, guided by will to meet the challenges of Russia’s development, and how and when they will be finished.

“I propose to take today the decision to establish a programme Board. To conduct our work, I will personally as the Chairman of the party,” he said.

Also in the composition of the Commission, as pointed out by the Secretary of the party’s General Council Sergei Neverov, became the Chairman of the High Council of party Boris Gryzlov, the head of the Duma Committee on labor Olga batalina, the Deputy chairmen of the state Duma Sergey Zheleznyak, and Andrei Isayev, as well as other deputies and some political analysts.

Approved program needs at the second stage of the pre-election Congress of United Russia, which is scheduled for June. 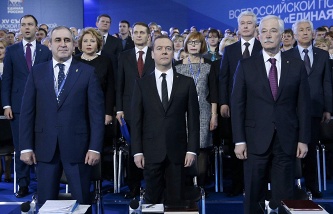 Medvedev: United Russia has to prepare the election programme clearly and in the shortest possible time

In addition, the party renamed its auditing bodies. First Deputy head of the faction “United Russia” in the state Duma Sergey Popov said that since the audit function after the changes in legislation entrusted to the audit organization, requested to give the name of the control and revision bodies of the party into line with their actual powers. In particular, they will now be called “Central”, “regional” and “local” control Commission, said the Deputy. Thus, the Central auditing Commission will be the Central control Commission.

In addition, delegates made a number of changes to the party Charter, which, according to Popov, are “clarifying” in nature, many are dictated by “practice”.

So, “in connection with the development of the institution of preliminary voting, to participate in which each voter came to the polling station, taking into account the overall concept (the vote),” the term “inter-party vote” in party documents is replaced by “provisional party vote.” 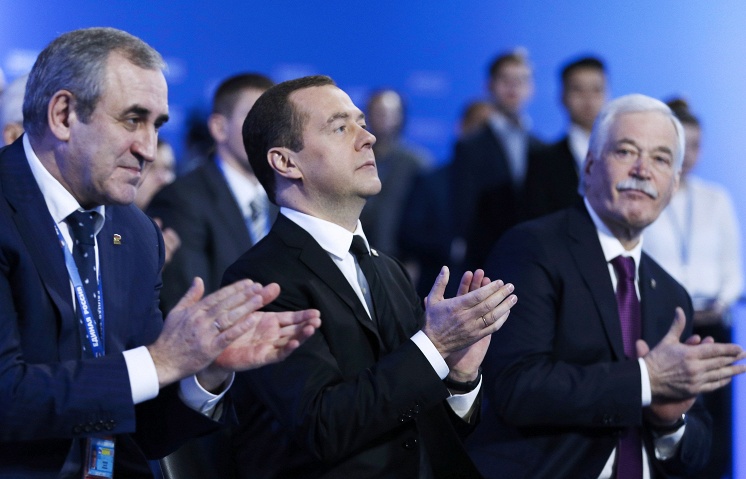