MOSCOW, 8 February. Diplomatic missions of Russia and Iran will issue multiple-entry visas, including for five years, the citizens of the two countries, a list of categories which is provided by Memorandum on consular cooperation. This was announced on Monday, the Iranian Embassy in the Russian Federation. 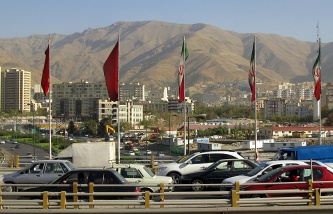 “The embassies of Iran and Russia, and the Consulate General can issue multiple entry visas valid for one year for citizens that are part of one of the groups identified in the text (of the Memorandum – approx. ed.), in case if the beneficiary was previously granted one-time entry visa to the host country, – noted in press service. – Embassies and General consulates of both countries will also be able to issue visas valid for five years.”

The Embassy clarified exactly what category of citizens can count on the simplified procedure for obtaining visas. “According to the mentioned document, for visa students, students and University teachers of both countries for visa will be a sufficient argument with a written request from the University or host organization, or even student ID or registration – continued at the Embassy. – Also individual and cultural-artistic groups from both countries can obtain a visa on the basis of written request of the host country”.

In addition, the Industrialists and businessmen from any region of Iran and Russia, which has an agreement about sister city relations, can obtain a visa upon written request of the mayor or Governor. “The exchange of tourists between tour operators of both countries and request a visa for them is made in the same way,” added the press service.

The Memorandum provides that the crews of the ships of the two countries seaman’s book is accepted as a valid document when entering the ports of the other party, but to visit places outside of the vessel will require a visa.

Citizens of Iran and Russia, whose valid travel document has been lost, must leave the territory of the host country on the basis of a letter of the Embassy or the Consulate General, submitted to the relevant authorities. This permit is issued free of charge. “The citizens of both countries who, due to extraordinary circumstances can not leave the country during the period of validity of the visa, free visa, – added in the Embassy. – The abundance of the circumstances determines the competent authorities of both countries”.

The provisions of the Memorandum on consular cooperation between Russia and Iran, providing for simplification of conditions of mutual trips of certain categories of citizens came into force from February 6. The intergovernmental agreement was signed on November 23, 2015 in Tehran the meeting of the two presidents Vladimir Putin and Hassan Rouhani.