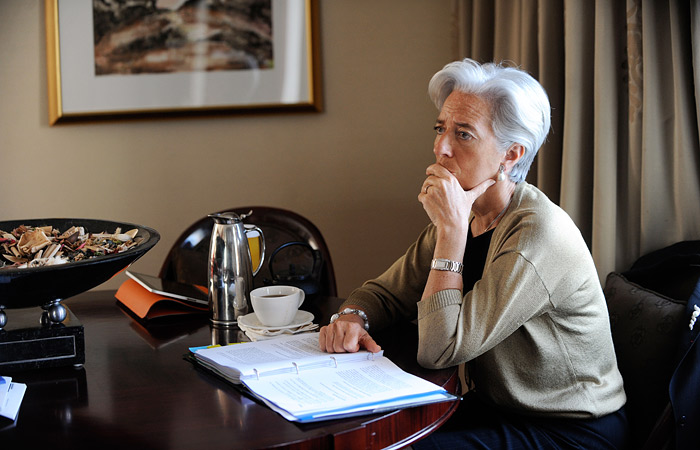 Moscow. On 5 February. System against financial shocks in the world economy should be improved to prepare for potential crises in developing countries (emerging markets), said the managing Director of the International monetary Fund Christine Lagarde.

She considers it necessary to strengthen the existing “safety net” that includes the swap lines between the world’s Central banks, as well as patterns of access of banks to international credit lines, to prepare for crisis situations in developing countries-the commodity exporters facing “serious stress”, writes the Financial Times.

The IMF was willing to provide financial assistance to countries such as Azerbaijan and Nigeria, oil exporters. These countries are obvious victims of external shocks, in particular, the fall in oil prices and other raw materials, Lagarde said.

They have seen increasing budget deficits, increasing pressure on exchange rates and weakening economic growth. Thus, according to Lagarde, it is necessary to take into account that commodity prices will probably remain low for some time.

“Despite the fact that “safety net” in the global economy has increased in size and scope since the financial crisis of 2008, it has become more fragmented and asymmetrical”, – said the head of the IMF.

In the coming months, the IMF will develop new proposals for improving and expanding the global safety net.

Approval by Congress of the reform package of the IMF in December of 2015 contributed to the increase of Fund resources, and increased role of emerging markets in the Fund. However, according to Lagarde, in the system there are gaps. In particular, countries in emerging markets lack access to such instruments, such as currency swaps with the world’s largest Central banks, including the Federal reserve and the European Central Bank.

“This is a problem because developing countries depend heavily on developed in terms of trade and Finance. Not surprisingly, many emerging markets have established their own airbag – largest foreign exchange reserves,” said Lagarde

More powerful “safety net” would reduce the need for such insurance in developing countries, freeing up capital for much-needed investment, including in infrastructure, health and education.