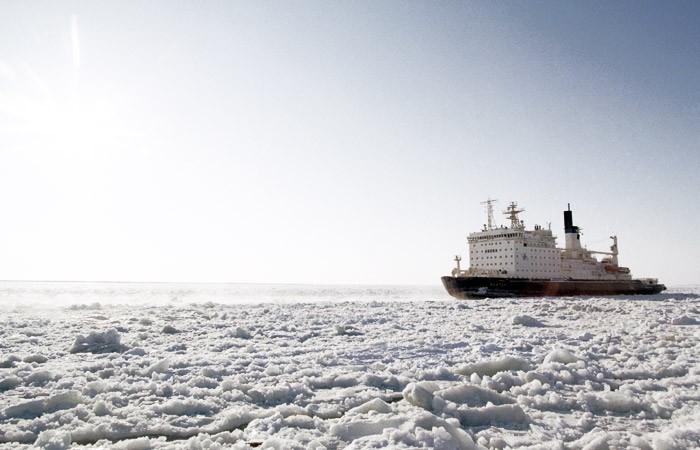 Moscow. On 5 February. The Northern sea route in 2015 it’s been 18 ships: as much on average pass through the Suez canal in 9 hours. Analysts are suggesting not to take seriously the Russian alternative: the shipping company will not change the established routes, especially at low freight rates.

“Our goal is to make the Northern sea route competitive transport corridor of global importance, including for container traffic that dominate in the global turnover. I ask the government, of course, to continue this work”, – said President Vladimir Putin, speaking at an economic forum East last fall.

Ministry continued its work and commissioned a study that found the competitive advantages of the Northern sea route. The designer must realize the transit potential of Russia “as a competitive international transport corridor of global importance, including for the organisation of container transportation”.

Deputy Prime Minister Dmitry Rogozin, speaking at the forum “Arctic: present and future” in December last year, saw the Northern sea route a new “Cold silk road”. He said that the construction of new icebreakers will make this route all year round, and container ships from all over the world will be able to go through NSR for a year.

But as shown by the year 2015, even if the ice completely will descend and walk will be possible without icebreakers, the number of applicants unlikely to greatly increase. “Last year in the period from mid-August to mid-October, the NSR water area was free of ice so that vessels can pass freely even in transit without icebreaker assistance,” he answered the inquiry in the Ministry of transport. Took advantage of only one ship – Winter Bay, which was transiting from 1 to 10 October.

All through the Northern sea route in 2015 passed the transit of 18 vessels, including 6 under a foreign flag vessel 3 made flights in both directions (from West to East and back).

“While the Northern sea route is unique,” said analyst IK “Aton” Michael Ganelin. According to him, SMEs need to develop not only from the point of view of infrastructure, but simply promote. The government has to promote this route to shipping companies, he says. Obviously, shippers are easier to use waste routes, especially now when freight rates are at historic lows.

For example, the Baltic Dry Index, which shows the average value of dry cargo freight on 4 February fell below 300 points.

The analyst “Uralsiba” Denis Vorchik believes that it is impossible to speak seriously about SMP as an established transit route. “Don’t worry about the dynamics of transit indicators – one vessel more, one less, overall traffic volume is still very small,” he says. The main shipping route between Asia and Europe via the Suez canal – are well established, said the expert and despite the fact that the Northern sea route is shorter, hardly anyone from Majorov market was going to move it at low rates of freight. A lot of other reasons, says D. Vercic: year-round access, the established trade relations, the presence of other large ports on the route, infrastructure, etc. To the same analyst, the competitiveness of these routes continue to invest. At the end of last year, Egypt launched the second “strand” of the Suez canal, which increased its capacity.