MOSCOW, 8 February. The Board of Directors of Gazprom at the meeting on 16 February to discuss measures to increase the company’s share in the global gas market and optimizing costs, the report said the Russian gas holding. 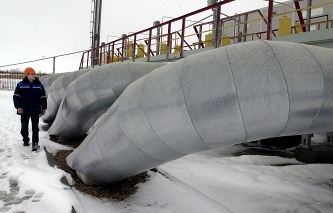 Gazprom in January increased export to the far abroad 36%

The agenda included the question on approval of the list of measures aimed at increasing the share of Gazprom in the global gas market and related markets. Council members will discuss the directions of optimization (reduction) of costs of the Gazprom group in 2016.

In addition, the agenda included the question of the impact of implementation of the innovative development program of “Gazprom” till 2020 on the economic indicators of the functioning of society, as well as the effectiveness of the resources devoted to research.

As previously reported, the share of Gazprom on the European market by the end of 2015 increased to 31%, the highest level in the last decade.