MOSCOW, 8 February. First Deputy Chairman of state Duma Committee on transport Vitaly Efimov was skeptical about the possibility of introducing excise duty on tyres and warned that it comes to indirect tax which will impact on the motorists and the passengers.

Earlier on Monday, RBC reported citing a government official, that car tires can get into the list of goods that the authorities are going to impose excise. 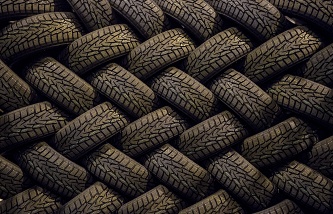 “I hadn’t heard,” said Efimov, recalled that on the bus there is a tax in the United States. “We have not yet discussed, we have not yet consulted,” said he.

However, the politician warned about the possible consequences of this action. “We have so many on the road “nastuchal”: we have already introduced three roubles (for three years) the excise tax on fuel, we have introduced a transport tax, which is still not repealed, we at 12-t capacity cranes have imposed the tax,” he listed.

If we are talking about the individual cars, it will be an “indirect tax”, said Yefimov. “If to speak about economic transport – buses, trucks, the tax is applied not on transport”, he continued. “It is necessary machine to fill, salaries to pay, to conduct maintenance, in 10 years to replace – so, we need to accumulate some funds. Whether we like it or not, but it will be an indirect tax on passengers,” – said the MP. “And then all that money will be taken from manufacturers of products – consumer, industrial. Again will pay those who buy it,” he added.

“Therefore, as the President said, we must do everything carefully. Forbidden to collect taxes, now indirectly’ll do,” he outlined his vision of the situation the first Deputy Chairman of the Duma Committee. “Already, the transporters get paid for almost 550 billion on roads, it’s half of what we invest in this area,” said Efimov.

“That is not a good brand”

“I have no such information. And I don’t really understand why to introduce an excise duty on tyres and where this money will go,” – said in turn Lysakov. According to the MP, such innovations will negatively affect “a large number of owners – individuals and carriers”. “This would impose an additional burden. In today’s economic realities this is totally unacceptable. If now to introduce excises, the price of rubber will increase, change many will not afford, will drive on worn tires in summer and winter and the accident risk will increase”, – said the Deputy head of the Committee.