MOSCOW, 8 February. In Russia concerned about the increasingly real prospect of the emergence of shock weapons in space. About it in interview was declared by the Deputy Minister of foreign Affairs of Russia Sergey Ryabkov. 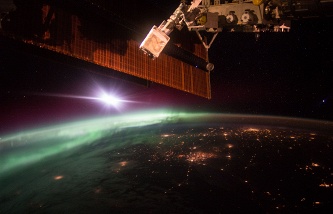 The Russian foreign Ministry: the US is trying to block efforts to prevent an arms race in space

“Very concerned about the increasingly real prospect of strike weapons in outer space, he stressed. Is not the same as the militarization of space, would like to hold a certain line. The military use of outer space has been practiced by many countries for a very long time in the field of intelligence, communications, track what is happening in different regions of the world.”

“We are talking about the inadmissibility of occurrence in space strike weapons, i.e. tools that could be used to attack space objects of other countries or to launch attacks from space against targets on the ground – continued Ryabkov. Technology is developing, and this possibility is becoming more real. Before it is too late, you need to create a barrier. In conditions when there is no such limitation is extremely difficult to talk about further reduction of nuclear weapons, they have played a Central role from the point of view of deterrence of any potential aggressor”.