MOSCOW, 8 February. The number of overdue retail loans in Russia in 2015 has increased by 30%. About this informed the Deputy Director on development of National credit Bureau Vladimir Shikin in the air RSN. 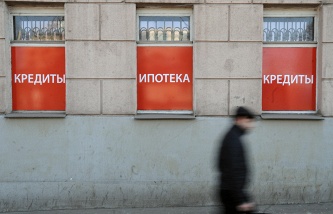 “In 2015, we have seen steady growth of arrears. Both in rubles and as a percentage of current loans. The increasing percentage of debt in the past year was driven by the realization of risks that banks were recruited in 2012-2013, actively giving out loans. Besides, the incomes for the year have decreased considerably, and not all can repay the loans,” said Shikin.

However, the need in borrowed funds among the population remains at a high level.

“If the banking sector retail lending, we are seeing a slight decline in the segment of microfinance to growth. About 15% are so – called payday loans, the rest is consumer loans,” he added Shikin.