The suicide bomber who committed the terrorist act on Board the aircraft A321, airline Daallo Airlines, has committed an emergency landing in Somalia, was supposed to fly Turkish Airlines. About this stated the head of Daallo Airlines Mohamed Yassin, reports Reuters.

According to him, most of the passengers on the liner, had to fly for Turkish airlines, but she canceled the flight, citing bad weather.

As said the head of Daallo Airlines, of the 74 passengers who were on Board the A321, 70 people were supposed to fly by plane Turkish Airlines, including the bomber.

Liner A321 airline Daallo Airlines have made 2 February flight Mogadishu (capital of Somalia) — Djibouti (capital of Republic). When the plane flew over the coast of Saudi Arabia, on its Board there was an explosion, after which the pilot decided to return to Mogadishu.

The attack on the plane formed a ragged hole just above the connection of the fuselage to the wing, the size almost from the door liner. As a result one person was lost, two got wounds. 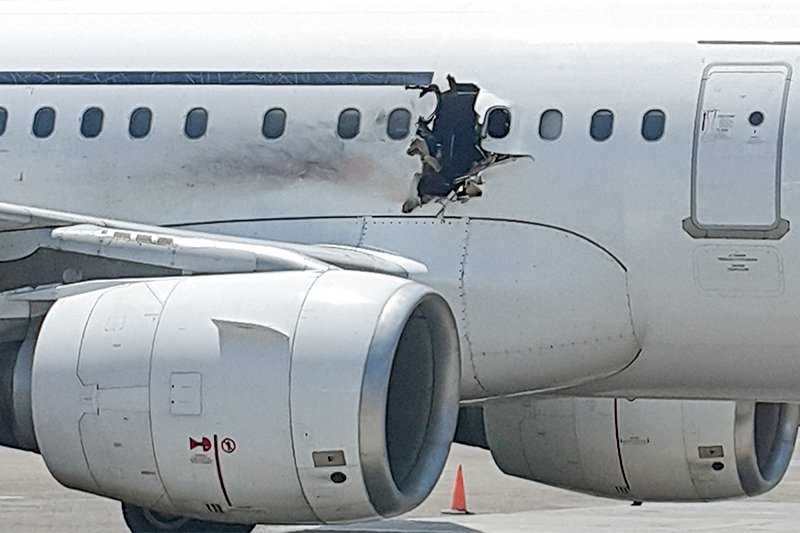 The hole in the fuselage of the airliner A321 airlines Daallo Airlines Photo: AP

No group so far has claimed responsibility for the attack, but the US government claim that the explosion on Board the A321 may be involved in the radical Somali Islamist group Al-Shabab.

The day before in the case of plane explosion in Somalia have detained more than 20 people, including two employees of the airport. According to the representative of the government of Abdisalam Aato, there is a video showing the suspects in the attack along with the laptop, which later exploded on Board the aircraft.