MOSCOW, February 9. Entrepreneurs demolished by Moscow authorities of illegal buildings will move in the embedded space (the so-called “street retail) in the same location, according to experts interviewed. 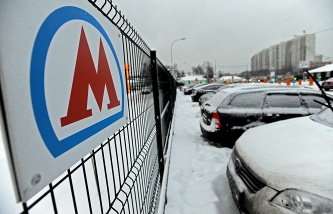 In connection with the liquidation of a considerable amount of retail space the demand for space can not grow, the Director of the management company of BlackStone Keeping Company Olga Shtoda. Given that the majority of tenants of the pavilions were individual entrepreneurs or stores, it can be assumed that in the near future the popular will enjoy small spaces or Islands in shopping centers with good attendance, she said.

“Single tenants would run to the shopping malls, some will close, some will be distributed at the nearest street-retail as a key success factor for them is the traffic of pedestrians,” – said the Director of the business area real Estate company company Strategy Capital Adviso-1r Natalia Kruglova.

Tenants of illegal buildings will not go to the Mall

Among the tenants in unauthorized constructions were quite a lot of cellular shops, street food (including network), stores mono-product concepts (sausage, dairy products, etc.), said Director of the analytical Department of Knight Frank Olga Yasko. “The decrease in vacancy in malls because of the demolition of unauthorized constructions, most likely, we will not see, but it is possible that some tenants moved into the premises on the first floors of shopping streets, will reduce the share of vacant premises in the centre of the capital,” she said.

In the eliminated objects are present and the networks that rent out space in quality shopping centers – “Rive Gauche”, “Il Patio”, SubWay. These tenants are not many, at first glance no more than 20%,” said Yasko. For most of them the development in shopping centres is going to be less risky and more profitable than in the format of street retail.

Some tenants occupying space in facilities to be demolished, moved to shopping malls nearby such as metro Taganskaya, commented the head of street retail at JLL in Moscow Yulia Nazarova. However, alternatives to these premises in the shopping centers at other metro stations “Serpukhovskaya”, “Chistye Prudy”, no, stated the expert. 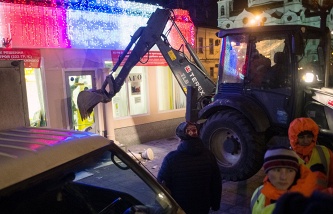 This night Moscow got rid of potentially dangerous unauthorized construction

For brick and mortar operators such pavilions often were the only option, says Nazarov. According to her, a space in street retail in the surrounding streets with high pedestrian traffic, in the most sought after format is 40-50 sq. m. extremely difficult task, and for non-tenants is not feasible. Of course, entrepreneurs suffer losses, the expert concluded.

In the night of 8 to 9 February in Moscow began the dismantling of 97 street buildings. In December, the Moscow government adopted the decree “About measures on provision of demolition of unauthorized constructions on certain territories of the city of Moscow”, providing for the demolition of 104 objects.