MOSCOW, 8 February. Pursuing a confrontational policy with Russia, NATO strikes its own security interests. This opinion was expressed by Russia’s permanent representative to NATO Alexander Grushko in an interview with TV channel “Russia 24”. 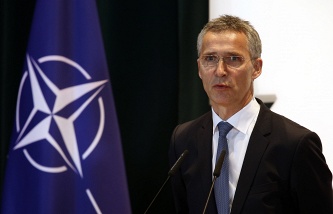 “In fact, NATO has shot itself in the foot, breaking off practical cooperation in areas of common interests, he said. – And we see it today, watching the waves of migration that tend to Europe and what is happening in the middle East and North Africa”.

According to the diplomat, the termination of the project cooperation Russia-the NATO on preparation of drug police for Afghanistan, “not only endangers public safety of Russia, but directly affects the security of Europeans”.

Speaking about the prospects of restoring dialogue between Russia and NATO, Grushko stressed that “the Alliance must change the policy, since it is impossible to conduct any meaningful dialogue, when your country is seen as a security threat that needs to be restrained.”

The increase of military activity NATO the Russian borders will cause a natural response, said Alexander Grushko. 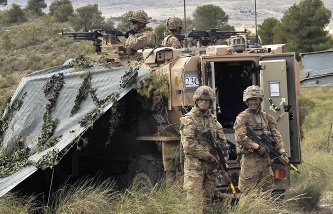 “The peculiarity of the situation is that confrontational policy of NATO is now supported military construction,” he said.

This, according to Grushko, reflected in decisions about the deployment of additional forces, training bases gain, placing stockpiles of weapons and equipment. The Russian representative also drew attention to the almost continuous exercises along the borders of the Russian Federation, strengthening of the naval groups in the Baltic and the Black sea, implementation of the air patrol.

“Military construction, which is put on rails and backed by resources, it is very difficult to reverse, even if there is political will, – said Grushko. But I am sure that those preparations, which NATO is implementing along our borders cannot remain without military – technical response”.

The Council NATO-Russia was established in accordance with the signed at the summit in Rome on 28 may 2002 by the Declaration “Relations Russia-the NATO: New quality”. The Council is a mechanism for consultation, coordination of common approaches, cooperation, joint decisions and actions of Russia and States-members of the Alliance on a wide range of security issues in the Euro-Atlantic region. The last time at the diplomatic level he met in June last year. Currently, the dialogue in this format, almost frozen.

Media: U.S. plans up to four times to increase military spending in Europe in 2017

2 December 2015 NATO Secretary General Jens Stoltenberg announced that the organization decided to resume the work of the Council Russia-NATO. The Minister of foreign Affairs of Russia Sergey Lavrov, commenting on this statement said that Moscow “has never refused to work in this format.”