MOSCOW, February 9. In Moscow on Tuesday plans to demolish the 97 objects of unauthorized construction of the 104 ‘condemned’ by the city authorities for destruction. About it the correspondent of TASS reported a source in the city administration, familiar with plans of the city authorities. 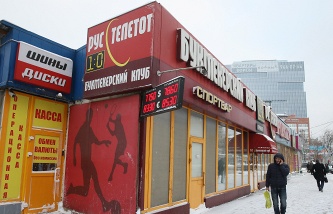 The authorities of Moscow: the objects of unauthorized construction to be demolished, potentially dangerous

Deputy General Director of JSC “Mosvodokanal” Yevgeny Shushkevich, said that without such facilities the city will become safer for Muscovites, since most of them are mounted above the lines of the Moscow water utility, and the accident at the squatter threatens to turn into tragedy with tens of casualties.

“The vast majority of objects subject to demolition, are in the protected zone are either installed directly over the lines of the Moscow water canal. We can’t operate these pipelines. If any damage is difficult to eliminate them, this may result in disconnection of water supply subscribers have nothing to do with this construction. And the worst thing is that there may be victims among the visitors: the possible collapse of such buildings”, – said Shushkevich.

In December last year the government of Moscow has accepted the decision “About measures on provision of demolition of unauthorized constructions on certain territories of the city of Moscow”, providing for the demolition of 104 objects. The list includes major facilities of the shopping center “Pyramid” near the metro station “Pushkinskaya”, and a shopping arcade at stations “Kropotkin”, “Arbat” and “Ulitsa 1905 goda”.

As the Executive Director of the Moscow city branch “Support of Russia” Sergey Seliverstov, the entrepreneurs, whose pavilions were to be demolished, “not only has the certificate of ownership, but also won various courts, confirming their rights”.

The destruction imposed by Moscow authorities on the basis of the new wording of article 222 of the Civil code, paragraph 4, which entered into force in September 2015, which gives the right to bear in the administrative order of the building recognized as unauthorized construction.