MOSCOW, February 9. /Corr. Ekaterina Kazachenko/. Supporters and opponents of stricter regulation of cross-border e-Commerce (“Alibaba-ophobics” and “Alibaba-fily” respectively) will discuss the contentious issues at the meeting of the ad hoc working group under the President of the Russian Federation, which will take place on 12 February. This was told by Advisor to the President of the Russian Federation on the development of the Internet Herman Klimenko on the sidelines of the Cyber Security Forum.

“On February 12, the scheduled meeting of the working group on cross-border trade. I hope that we will be able to sit at the table with one hand, tentatively, “Alibaba-Phil”, on the other hand, the “Alibaba-Fobos”. This topic is usually raised one-sidedly, so let them talk, will discuss”, – he said.

Klymenko stressed that the issue of “equality” for companies in the Internet, which is enshrined in the instruction of Russian President Vladimir Putin after the meeting with the participants of the first Russian forum “Internet economy” is “very sick”. “I think the more and more we talk about it, the faster you will come to some sort of consensus, but to what – I don’t know,” he concluded.

In accordance with the instructions of the President, relevant agencies in collaboration with the Institute of development Internet (IRI) by 1 September 2016, to propose legislative measures to ensure equal conditions for businesses in Runet.

Klimenko said that a major Chinese online retailer Alibaba insists that cross-border trade – it’s their “Holy right”, and this idea has its supporters. At the same time for the foreign equity and foreign retailers on the Russian market is M. Video, arguing their point of view, the fact that the absence of regulation “kills them”, and in such circumstances, a million people lose their jobs, said Klimenko. “We need to decide what us more valuable: a cheap Android or a million people who work. From the point of view of economy, I would have thought that a million of working people, but there are different points of view”, – said the presidential adviser.

Previously Klimenko said that foreign companies are required to pay Russian taxes as Patriotic. The same viewpoint was held by the Minister of communications and mass communications of the RF Nikolay Nikiforov, who in December 2015 and noted that the transborder nature of the Internet should not mean the absence of taxation on the provision of services in this sphere in the Russian Federation. 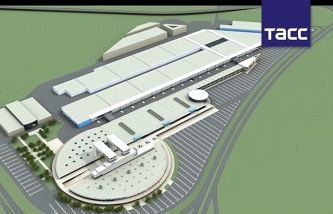 At the end of last year deputies of the state Duma Andrei Lugovoi (LDPR) Vladimir Parakhin (“Fair Russia”) has introduced a bill about the taxation of foreign companies VAT for the provision of electronic services in the Internet. But, according to Klimenko, concrete decisions on the VAT status of the activities of foreign Internet companies don’t have.

Apart from taxation, cross-border trade there is the issue of competition with low-quality goods from a number of foreign online retailers, said earlier Klimenko.

As previously reported, in addition to cross-border trade, separate working groups will be engaged in medical and financial services on the Internet. The main areas of work will be produced within 2-3 months, stated Klimenko.