MOSCOW, February 9. Moscow authorities do not set a goal to eliminate all trading pavilions near the metro, it is only about the illegal buildings that do not meet the requirements of comfort and safety of passengers. On Tuesday the Deputy mayor of Moscow Maxim Liksutov.

The demolition of the unauthorized construction in Moscow 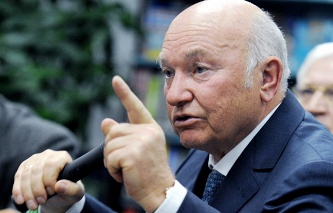 Luzhkov: in Moscow demolished the pavilions appeared in 1990-ies according to the standards of those years

“Illegal structures threaten the safety of subway passengers. We are not opposed to trade – the more, the better. But we are for the safety and comfort of passengers. First, we built a one stall, added a second, and erected over it the second floor”, – he told on air of radio station “Echo of Moscow”. In such conditions, according to the Deputy mayor, “on the safety and the comfort can’t speak”.