MOSCOW, February 9. Investment Bank Morgan Stanley downgraded the dynamics of Russia’s GDP in 2016. According to analysts of the credit organization, this year the fall in GDP will be 2.1% against previously expected 0.8 per cent, Bloomberg reported. 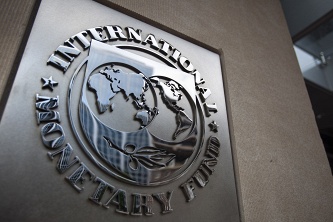 In addition, Morgan Stanley predicts that the Bank of Russia will return to the reduction of the key rate no earlier than the fourth quarter of 2016. While the regulator will only lower it by 50 basis points. Currently the key rate is set at 11% per annum.

Earlier, the European Commission (EC) has published a forecast according to which Russia’s GDP fell 1.2% in 2016 and to grow by 0.3% in 2017 To downside risks to the Outlook for the Russian economy experts of the EC include the extension of sanctions against Russia beyond the summer of 2016, as well as the possibility of larger than expected drop in oil prices. According to the EC expectations, inflation in Russia in 2016 will slow to 8.5% in 2017, to 6.2%, the unemployment rate in Russia in 2016 will be 5.9%, in 2017 – 6.1 percent.