TVER, 9 February. The weakening of the ruble may become a serious stimulus for the export of products of transport engineering. This was stated by Prime Minister Dmitry Medvedev.

“Given the weaker ruble, (transportation engineering) can be a quite strong incentive to supply products for export”, – he said at a meeting on the prospects of development of transport mechanical engineering. 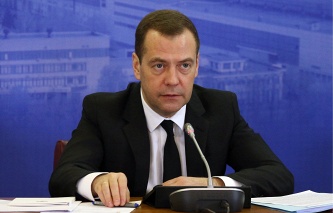 The Prime Minister noted that the meeting is not the first in this year dedicated to the development of engineering. The head of government stressed that the successful development of the transport sector depend not only economic growth, but also the comfort of millions of Russian citizens who daily use public transport.

Medvedev noted the importance of creating a modern, innovative, comfortable and cost-effective cars and locomotives.

Medvedev said that he would sign the decision of the Supervisory Board of VEB to support three export projects on delivery of engineering products to Iran and Kazakhstan. 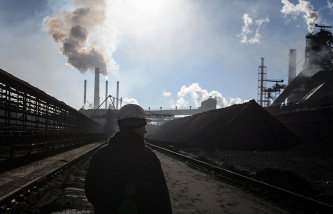 Deputy MAYOR: key measures of the new plan of support of economy has not changed

Peskov: Putin on Wednesday will hold a meeting with government members

“This week I will sign the decision of VEB’s Supervisory Board on the allocation of three loans to support the export of passenger and freight cars for the “Metrovagonmash” in Hungary, “Uralvagonzavod” – Iran and Kazakhstan,” he said.

The Prime Minister said that last year played a significant role supporting a web supply of products of “Uralvagonzavod” in Azerbaijan. “There are other negotiations,” he said.

Medvedev noted that due to the measures taken at the enterprises of transport mechanical engineering has not been massive layoffs of employees. “Of course, everything must be done to prevent stagnation, so people are not left without work”, he demanded. The Prime Minister added that the very plants it is important not to lose core competencies and high-quality professionals.

The Prime Minister noted that he visited the Tver carriage works, which made him a good impression. He assured that the government will take measures to ensure that this and other companies in the industry with new orders.

On VAT for transport

He also proposed to discuss the issue of zero VAT for rail transportation of distant following. 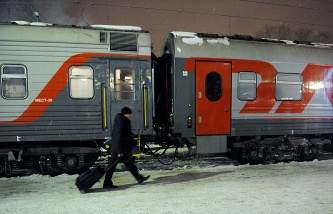 “There is no limit to perfection. Raise a question about the zero rate (of VAT for passenger transportation long-distance). Let’s discuss this subject because, of course, the General economic situation”, – he said at a meeting on the prospects of development of transport mechanical engineering.

Medvedev reminded that the VAT rate for this category of taxpayers was reduced from 18 to 10%. He explained that the funds released by carriers will be spent on the purchase of new trains. “In General, with this calculation we had reduced VAT,” he said.

He also stated the need to prepare new measures for tariff to promote transport. Medvedev has noticed that “this question is not new”, but before to change this system, it needs thorough consideration.

On the financing of the purchase of locomotives

Medvedev proposed to continue funding the purchase of the locomotives by NWF in 2016.

“I think it is correct to continue financing the purchase of locomotives at the expense of the national welfare Fund”, – he said at a meeting on the prospects of development of transport mechanical engineering.

The head of government noted that because of the difficulties in the economy the market of transport engineering in 2015 decreased by 37%. Greater decline avoided due to increase of exports by two thirds and implementation of state support measures including the acquisition of at least 60 billion roubles from the national wealth Fund of bonds of the Russian Railways. “The money went for the purchase of locomotives,” said Medvedev.