GROZNY, February 9. The head of Chechnya Ramzan Kadyrov never talked about any military operation in Syria, which allegedly involved “Chechen special forces”, said the press Secretary of the head of Chechnya, Alvi Karimov.

“Ramzan Kadyrov never said that in Syria, the war staff of some of the Chechen special forces”, reads the statement by Karimova, which is available on the website of the President. 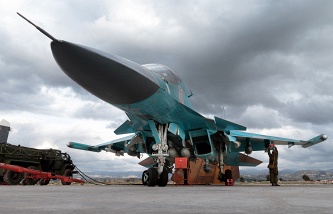 Sands: the Russian defense Ministry gave extensive comments on the divisions in Syria

“I think that anyone not need to explain the threat of terrorism, especially when it comes to direct threats to Russia. This is important to counter on all fronts. Ramzan Kadyrov didn’t say no “Chechen special forces”. The unit is only in the power agencies of the Russian Federation. And he was talking about some kind of ground force operation, which allegedly involved “Chechen spetsnaz”, – said the spokesman.

“In Syria solely on his own initiative some young people,” he said, adding that he has no precise information about the number of these people.

“They have not been sent. They somewhere report known information representing operative interest. And it turns out to be useful. Thanks to these people were able to establish the place of terrorist training, recruitment channels and the routes from certain countries ferried recruits to the conflict zone,” – said Karimov. “We should not be surprised that some people exclusively on their own initiative, for ideological and religious reasons, oppose terrorism, and every minute at the risk of being identified, as they have to pretend to be supporters of anti-government forces, which are IG (banned in the Russian Federation the terrorist organization “Islamic state”) and other”, – said the press Secretary of the head of Chechnya.

The plot on the channel “Russia”

In the story, published Sunday, February 7, on the TV channel “Russia”, spoke about the participation in anti-terrorist actions in Syria, the Chechen units of the Russian spetsnaz. Commenting on the story, the President’s press Secretary Dmitry Peskov said that the defense Ministry has repeatedly given exhaustive comments on the armed forces of the Russian Federation in Syria. 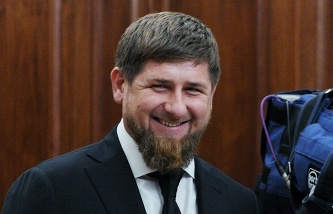 Kadyrov said that his statements are not always interpreted correctly

However, he drew attention to the fact that in Russia there is only the Federal armed forces and internal troops. “Therefore, the question of confirmation of these or those military personnel should be addressed to the relevant authorities. And we should not talk about the Chechen special forces, and relevant Federal departments,” said Sands.