The HAGUE, 9 February. /Corr. Vitaly Chugin/. Decision on the case of YUKOS, which held hearings on Thursday in the district court of the Hague, should not be expected before April. This was announced by Russian expert present at the hearing. 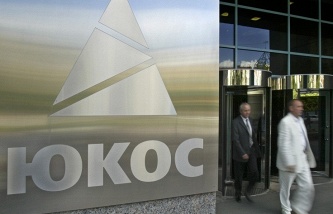 The lawyer of the Russian Federation: arbitration at the Hague was not competent to deal with the case of Yukos

“Today, no decisions are expected at the earliest in April,” he said.

It is anticipated that hearings will continue throughout the day. The judge can appoint another interim hearing, however, this will be known only at the end of the meeting. At the current hearings of the Russian side is represented by lawyer albert Jan van den Berg.

“We believe that the panel of arbitrators rendered an unlawful decision with a lot of violations, did not understand in fact and in General was not competent to consider this case”, – said the Agency interlocutor. In his opinion, “Russia’s position is well grounded and protected”. “We are moderately optimistic regarding this case,” he said on condition of privacy expert.

Arbitration under the mediation of the Permanent court of arbitration in the Hague, in July 2014 ruled that Russia owes a total of to pay more than $50 billion to companies affiliated with the former shareholders of Yukos. The court decided that Russia’s actions against Yukos could be regarded as expropriation of the investment, violating the 45th article of the Energy Charter.

In February 2015 it became known that Russia filed in the district court of the Hague petition to cancel these awards.