MOSCOW, 8 February. Trade pavilions, which will soon be demolished by the city authorities, are a threat in case of accidents or other emergencies. On Monday said the first Deputy head state inspection for control over use of objects of real estate of Moscow Timur Zeldich. 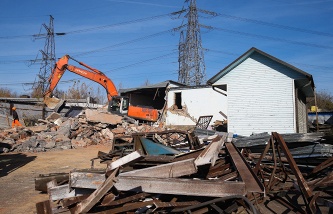 Moscow authorities eliminate hazardous for the residents of the squatter

No one knows how they were built

“These objects are in engineering services, and it means that they potentially dangerous in and of itself, and from the point of view of operation of engineering networks. First, none of the Supervisory authorities does not know how to build these objects, how they were taken into account the relevant rules and regulations. Secondly, for example, in any accident of a heating system or gas pipeline emergency services will be unable to promptly eliminate the consequences, simply because they interfere with the object of unauthorized construction, and in fact is already capital”, – he said.

About the order of demolition of unauthorized constructions

He recalled that on 1 September 2015 adopted amendments to the Civil code of the Russian Federation, which give the opportunity to local authorities, in this case the government of Moscow, to take a decision on the demolition after notifying users and giving them the opportunity to voluntarily dismantle the facilities within a certain period of time. “Only after that the Moscow government has the right to independently dismantle these objects”, – said Metropolitan official. He added that some owners are interested in self-dismantling. “Now the negotiations are being conducted”, – said Saldich. 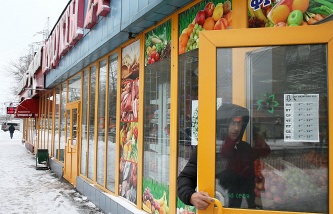 The owners of trading pavilions in Moscow complain about the outage

Earlier in the press service of the state inspection for control over use of objects of real estate of Moscow noted that the trading pavilions will be dismantled according to the schedule already made out in the prefectures of the city.

To affect the decision to demolish, we need to change the interpretation of article 222 of the Civil code of the Russian Federation, said the Executive Director of the Moscow city branch “Support of Russia” Sergey Seliverstov. “At the last public hearing the decision to write the corresponding request to the constitutional court , but I’m afraid it will take time and demolition, probably, will begin already today,” he said.