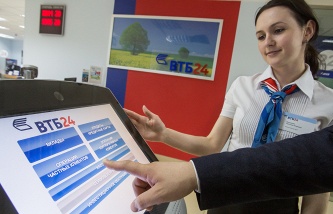 “The Bank of Russia in accordance with the requirements of part 5 of article 23 “On banks and banking activity” notifies about the beginning of procedure of reorganization of “Bank of Moscow” in the form of separation from joint-stock company “BS Bank” (Bank Specific)”, – stated in the press release of the regulator.

Earlier it was reported that VTB group plans to reorganise the Bank of Moscow in may 2016, in which the bulk of its assets and liabilities will be allocated in the BS Bank (the Special), it will be attached to the VTB Bank. As explained in a press-service VTB, this procedure is necessary to comply with the law “On joint stock companies”.

In the framework of accession of the Bank of Moscow will be allocated “BS Bank” (Bank Specific), which will technically be one day, after which it will be attached to VTB. In accordance with the legislation it will have state registration and a license to conduct banking operations. To match key aspects of the financial recovery plan for former Bank of Moscow will be saved as a legal entity, whose main task will be the implementation of the financial recovery program (FRP).