WASHINGTON, 9 February. /Corr. Anatoly Bochinin/. In the draft budget of the USA in the 2017 financial year included the provision of financial support to the countries of NATO and European allies of Washington in order to “curb Russian aggression”. Itself the budget proposal was published today on the website of the office of management and budget the White house. 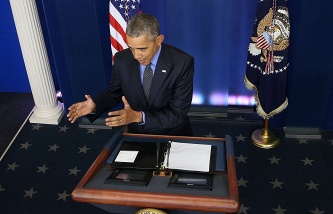 Media: Obama misinformed Congress about the need to raise the debt

“The budget included more than $4.3 billion for providing political, economic, diplomatic and military support in order to increase the resilience and reduce the vulnerability of partner countries in NATO and allied countries in Europe, Eurasia and Central Asia”, – the document says. In the explanatory material asserts that it made “in response to the increasing attempts of the Russian Federation for putting pressure on foreign and domestic policies of neighbouring countries”.

The White house insist that these funds are intended to “strengthen democracy, governance, the strengthening of the defense capacity” of the allies. According to the American side, this assistance will contribute to “strengthening the rule of law” in these countries, anti-corruption reforms, “the promotion of European integration, trade diversification and increased energy security.”

The administration notes that designated amount, in particular, will be spent on “containment” of Russia’s actions in Ukraine, Georgia and Moldova.

The drafters of the draft budget specify that in 2017 on continued operations abroad will be allocated $59 billion, these funds are traditionally part of the defense budget, although access to them is not only the Pentagon but also the Department of state.

Earlier, U.S. Secretary of defense Ashton Carter announced that the 2017 financial year, the “Initiative on European security” will be the requested $3.4 billion, whereas the current budget of the Pentagon budgeted $789 million “This will allow us to Finance many things: increase the rotation of U.S. forces in Europe, to increase the number of exercises with our allies, to place more weapons and improve used for this infrastructure,” he said.

The deficit of $0.5 trillion

It is also noted that the draft budget with a deficit of $0.5 trillion. The expenditure side of the draft budget for the 2017 financial year will be $4,147 trillion, revenues are expected to be $3,644 trillion.

The costs, compared with budget for the current year (financial year in the US begins on 1 October), increased by $196 billion the project also involves the reduction of the deficit by $2.9 trillion over 10 years, mainly by reducing tax breaks for the rich and new systems of accumulation in health programmes. According to the data contained in the project document, the budget deficit for 2016 will be $616 billion, and in 2017 it will be reduced to $503 billion. 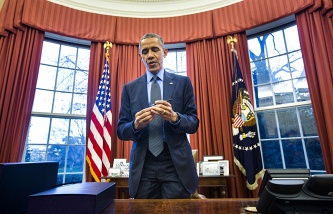 Media: the U.S. national debt has grown under Barack Obama more than $70 thousand per family

As stated in the explanatory note of U.S. President Barack Obama, the draft budget “is a critically important investment” and “reducing deficit”. The document States that within 10 years the US budget deficit will reach 2.5% of GDP compared to the forecast of the US Congress 4%. The U.S. administration expects the country’s GDP will grow annually by 2.3% in the long term.

As noted earlier, the draft budget planned allocation of $152 billion in research, including in the fight against cancer.

The document also implies increase in taxes in the next decade to $2.6 trillion. In the draft budget for the current year the figure was $1.4 trillion, but was erased by Congress.

Reaction to the President’s proposals

The Republicans, having the majority in Congress, have criticized the Obama proposal, which was announced last week, the introduction of a tax in the amount of $10.25 per barrel, with oil companies that can bring the Treasury in the next ten years to $319 billion. nevertheless the White house has not explained the details of the process of this taxation.

“Tax on oil proposed by the President, will raise the average cost of gasoline at 24 cents per gallon (3,7 l) and harm and major sectors of our economy, and the number of jobs in the country. Americans deserve better, – said the speaker of the house of representatives of Congress, Republican Paul Ryan. – President Obama is leaving his post, never once proposing a draft budget that would be balanced. This document is not a budget, but a guide for cultivating apparatus of the Federal government at the expense of hardworking Americans.”

Also, the US administration intends in 2017 fiscal year to allocate $19 billion to strengthen security in cyberspace.

According to the explanatory materials of the White house, the extensive financing of government efforts to protect critical infrastructure and technologies. In addition, a portion of these funds could be invested in developing facilities cybersphere sewn.

Earlier Tuesday, U.S. President Barack Obama signed the decree about creation of the Commission on strengthening cybersecurity. This new body will consist of 12 persons appointed by the head of state. Their task is to make recommendations for strengthening protection from hacker attacks, as in the private sector, and government resources. In addition, the Commission should keep track of the latest developments in the field of IT for the purpose of their application by the authorities.

Before publishing the draft budget has been Director of US national intelligence James Clapper that he must read on Tuesday, at a hearing in the Senate Committee of U.S. Congress on the intelligence. In it he argues that Russia, China, Iran and North Korea pose a threat to U.S. cybersecurity.

The budget of the intelligence agencies themselves, as usual, was classified.

$11 billion for fight against ISIS 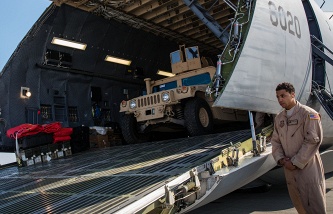 Also the project of the Federal budget allocated to the Pentagon and the state Department’s $11 billion at combating grouping “Islamic state” (is prohibited in the Russian Federation organization).

“Americans’ safety is a priority for President (Barack Obama). Therefore, the United States has led a global coalition that will destroy “the Islamic state of Iraq and the Levant” (ISIL, formerly ISIS). In the budget for the Ministry of defence and the Department of state pledged $11 billion to support efforts by the US to find and apprehend terrorists, training and supplying forces fighting ISIL on the ground,” according to the American administration. In addition, these funds should help stabilize the situation in the areas liberated from the militants of the IG in Syria and Iraq, strengthen partner capacities in the region, and to support a “political solution to end the Syrian civil war.”