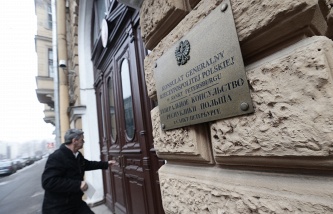 The Russian foreign Ministry hopes that the eviction of the Consulate General of Poland in St. Petersburg will not come

“There is a decision of the Arbitration court on debt collection and eviction, it is suspended. Actions aimed at the implementation of this decision, “Inpredservice” (the company-the claimant – approx.) not taken,” he said.

In early February of last year the court ordered the Commission to pay more than 74 million rubles of debt for the lease of premises on the 5th Sovetskaya street and to vacate the building. The decision was rendered on the claim of the state unitary enterprise “Inpredservice” servicing foreign diplomatic mission in the Northern capital.

“The decision of the Arbitration court of St. Petersburg and Leningrad region from February 2015 at the suit of the state unitary enterprise “Inpredservice” to the Consulate General of the Republic of Poland concerning the recovery of rent arrears is not executed. The Executive received documents from the court and deposited in the state unitary enterprise “Inpredservice”, – said earlier the CEO of the company Boris Morozov. 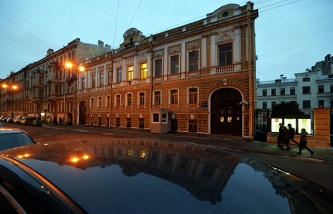 The court in St. Petersburg can attract the bailiffs to evict the Consulate General of Poland

According to him, during the last period of Polish diplomats were informed of the decision of the Arbitration court, they were asked to voluntarily vacate the premises and arrears of rent. “Also the Polish side were offered alternative premises to relocate,” said Morozov.

Further actions of the plaintiff, according to the CEO of the company, will depend on the outcome of negotiations that are under way at the foreign Ministry of the Russian Federation. According to Morozov, “conditions and procedure for the use of the building the Consulate General of the Republic of Poland in St. Petersburg are considered in the context of the whole complex property issues”.

Consulate General of Poland in St. Petersburg for more than 20 years does not pay for the rent of the building on 5-th Sovetskaya street, which it occupies under an intergovernmental agreement in 1983, from which Poland unilaterally withdrew in 1993. Since the lease agreement was not concluded.

In March the Arbitration court issued a writ of execution, allowing to involve bailiffs to evict for debts of the Polish Consulate General.